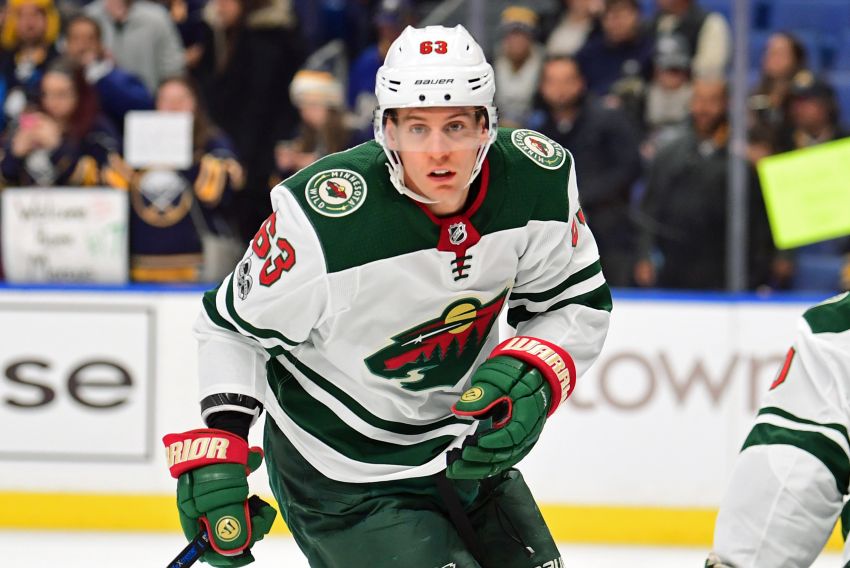 “You’re coming to a team that’s goal is to win the Stanley Cup, and Buffalo’s still in a rebuild,” Ennis said Wednesday prior to scoring his first goal in 10 games early in his return to KeyBank Center.

The reeling Sabres rank last in the Eastern Conference, losers of seven straight games after Wednesday’s 5-4 setback to the Wild. Despite a 10-8-3 record, the Wild are last in the ultra-competitive Central Division.

Clearly, a fresh start has energized Ennis and Foligno, who played as visitors Wednesday in Buffalo for the first time since getting traded June 30.

Of course, Ennis and Foligno are grateful for their Sabres careers. Being back in town was special.

Ennis and Foligno started Wednesday’s game and played on a line with center Charlie Coyle. The Sabres honored them with a tribute video early in the game, and they acknowledged the crowd during a warm ovation.

Prior to the game, Ennis and Foligno didn’t know what kind of reception to expect.

“It’s going to be interesting,” Foligno said. “I’d like to think that they appreciated my time here and I appreciated it here, too. I loved being in Buffalo. It’s my home, being born here as well. Maybe a boo or two, but hopefully nothing too loud.”

With the Wild, Ennis said he has “been up and down in the lineup.” His nifty spin-o-rama goal from the bottom of the left circle 8:59 into the game, his first score since Nov. 2 and fourth in 21 games this season, tied it.

“It’s funny how it all works out,” Ennis said. “I’ve had so many chances, breakaways, posts the last little while here and just a shot from a tough angle goes in.”

Foligno assisted on the goal, his fifth helper and eighth point this season.