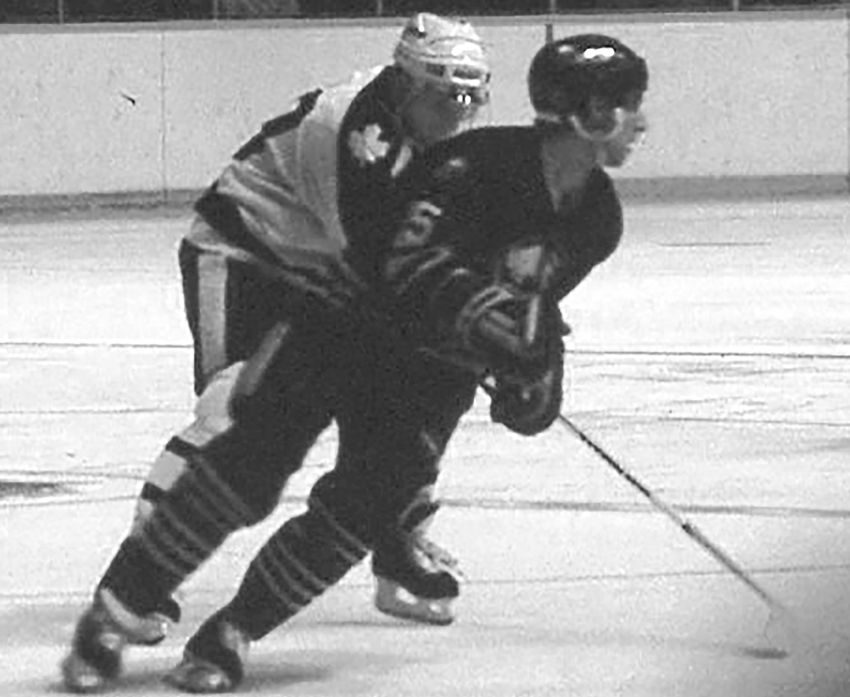 BUFFALO – Former Sabres captain Mike Ramsey usually offers the same answer when someone asks him what he’s up to these days.

“I tell people I’m writing a book, because everybody wants to know what I’m doing,” Ramsey said during Saturday’s Sabres Fan Fest at KeyBank Center, an event that celebrated the team’s 50th anniversary season. “‘What do you do with your time? I’m writing a book.’ And it stops them right away.”

So, what’s Ramsey’s book about?

“Anything you want it to be,” he joked.

Of course, Ramsey, perhaps the greatest defensive defenseman in Sabres history, isn’t writing a book. He just likes to be left alone.

Ramsey, 58, hasn’t been heard from much since he left his gig as an assistant coach with the Minnesota Wild nine years ago.

Following Team USA’s legendary “Miracle On Ice” and gold medal victory at the 1980 Winter Olympics in Lake Placid, Ramsey joined the Sabres and spent 30 of the next 31 years playing or coaching in the NHL.

“I wasn’t burned out,” said Ramsey, who was quick to note he still loves hockey. “It’s just the coaches now, they put in hours, and if you have a family, you don’t see your kids go to school and come home from school. You don’t, so it was just time.”

So if you’ve seen Ramsey at a rink in the past nine years, he was likely watching one of his children.

Earlier this year, Ramsey’s son, Jack, completed his college hockey career at Minnesota, where his father spent one season. Ramsey’s daughter, Rachel, won a national championship with the Golden Gophers in 2015.

Ramsey doesn’t even keep tabs on the Sabres or the NHL.

“I watched probably two NHL games last year,” he said. “So I know people don’t want to hear that.”

Instead of watching hockey, Ramsey enjoys hunting, fishing and snowmobiling in and around his native Minnesota.

Still, Ramsey, who said he had only visited Buffalo once in the last nine years, clearly enjoyed returning to town and catching up.

The growth downtown – “Beautiful down here now,” he said – wowed him. He hadn’t seen his old friend, former Sabres captain Mike Foligno, in about 15 years.

At times, Ramsey sounded nostalgic talking about Buffalo and the Sabres. In addition to his 14-year playing career here, he spent three seasons as an assistant coach under Lindy Ruff, his close friend and former teammate.

“I’ve got a lot of friends here, a lot of great memories, some sad memories – sad that we never brought a Stanley Cup home here,” said Ramsey, an assistant on the 1999 team that lost in the Stanley Cup final.

Ramsey still carries the disappointment of never winning the Cup with him. He played on the 1995 Detroit Red Wings team that was swept by the New Jersey Devils in the final. With the Sabres, he got as far as the Wales Conference final as a rookie in 1980.

“That’s the only thing that bothers me about not being in the game, and I’m not going to win one,” he said.

Ramsey believes the 1983 Sabres team that swept the Montreal Canadiens before falling to the Boston Bruins in seven games had a chance to win the Cup.

But respect for those skill-laden teams in the 1980s and early 1990s has grown in recent years. Ramsey played with six Hall of Famers – Dave Andreychuk, Grant Fuhr, Clark Gillies, Phil Housley, Pat LaFontaine and Gilbert Perreault – in Buffalo.

While the Sabres always fell short – Ramsey never won a playoff round with Buffalo after 1983 – they possessed some dynamic talent.

“We talked about that the other night,” Ramsey said. “We feel sad we never got over the hump. I think some of the players that came through here in that era, wow. There was some really, really good players. Some Hall of Famers.”

Ramsey might’ve been the soul of those Sabres teams. In an era in which players had to lay out and often pay a severe price to block shots, Ramsey was perhaps the NHL’s best at it.

Some fans have even been pushing for the Sabres to retire Ramsey’s No. 5. Not surprisingly, he had no idea anyone wanted to see his jersey in the rafters.

“I don’t worry about those things,” he said. “I enjoyed my time here, it was awesome. It was a great run. I was proud to be a part of the Sabres.”