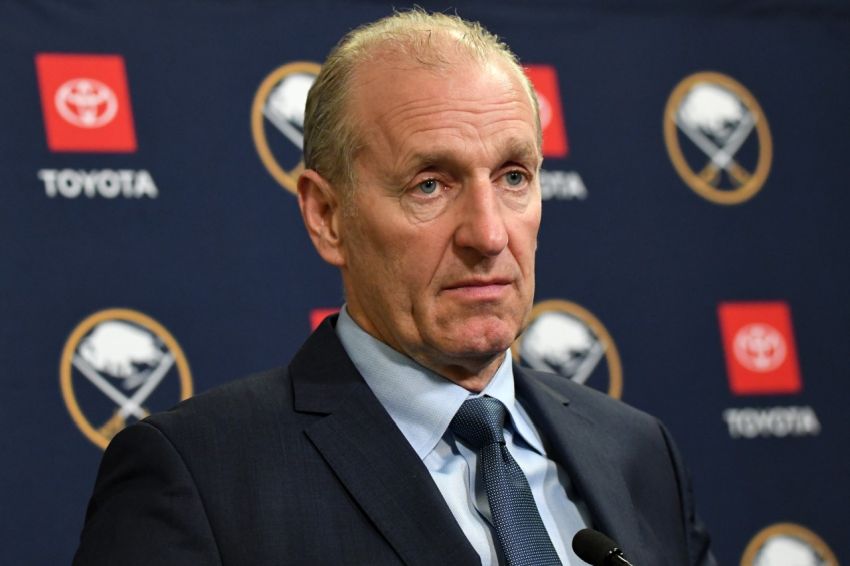 Ralph Krueger grew up listening to Canadiens games on the radio. ©2020, Micheline Veluvolu

BUFFALO – Growing up in Manitoba in the 1960s, you had your choice of two NHL teams to root for, according to Sabres coach Ralph Krueger.

“You were either a Maple Leaf fan or you were a Canadiens fan,” Krueger, 60, said after the Sabres prepared for Thursday’s game against the Canadiens, his first in Montreal as an NHL head coach.

Krueger said his sister, who’s 10 years older than him, listened to every Montreal game on the radio when he “was a wee baby” in Winnipeg. So the Canadiens’ brand became “burnt into my soul of loving the game and loving hockey.”

That’s why facing the Canadiens is so special.

“So every time you play the Montreal Canadiens, and especially in their home building, it has to be a special experience for a kid that grew up on small rinks in Manitoba,” Krueger said Wednesday inside KeyBank Center.

When the game starts, Krueger said he will be all business.

“But you do smile and you’re allowed a minute of deep pleasure to think of a 3-, 4-year-old kid listening on the radio and now coaching a team in there,” he said. “It gives me goosebumps right now. So let’s have fun with it.”