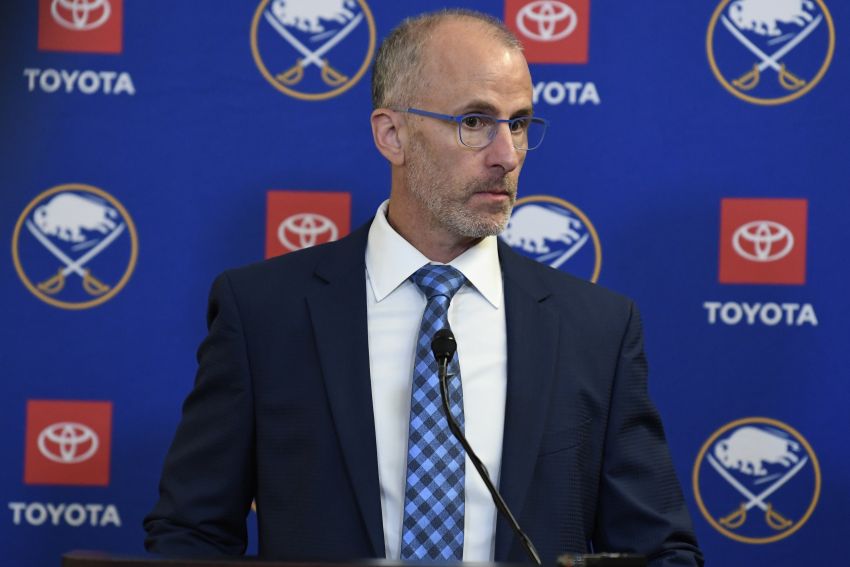 Don Granato knows the level of play will improve around the NHL. ©2021, Micheline Veluvolu

BUFFALO – Coach Don Granato understands in the big picture, the Sabres’ strong start means little. Sure, it’s nice to begin the season 2-0 at home. But they have 80 games left, starting with tonight’s contest against the Vancouver Canucks at KeyBank Center.

Early-season hockey often lacks structure as teams struggle to grasp their systems. In the coming weeks, the level of play will rise significantly.

“It was really nice to start at home and feel the energy in the building and get into a rhythm,” said Granato, whose Sabres start a four-game road trip next week. “We haven’t done anything on the road and you know that’s a different animal altogether where it might be harder to find that rhythm, harder to get into sync. But that’s part of the process, the evolution of getting better as a group. I’m really happy with what they did in the first two games. But it was the first two games.

“The league gets better every game, especially through the first 15, 20. Coaches around the league and teams around the league, they haven’t been able to implement the structure they want and they’re gonna have. That’s gonna be more of a challenge to us as we go along.”

The Sabres haven’t started a season 3-0 since winning their first four games in 2008-09.