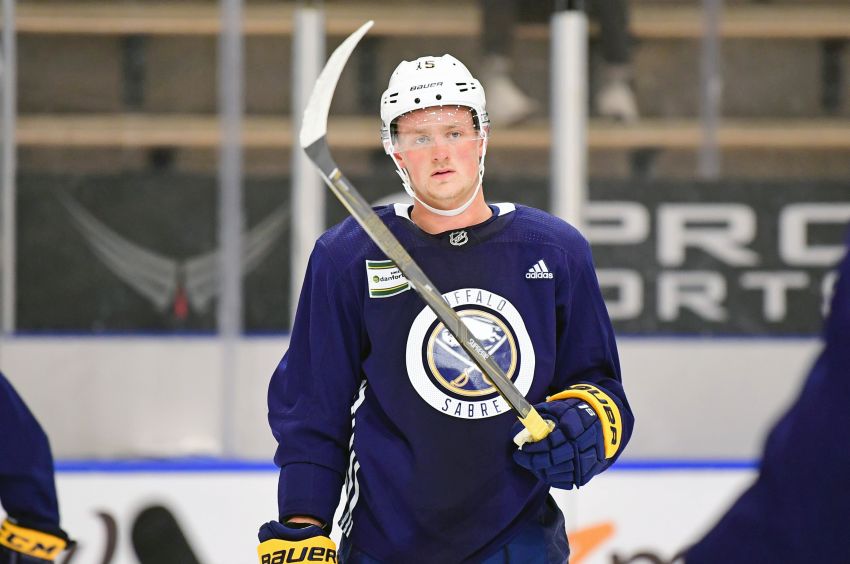 BUFFALO – By dinnertime Tuesday night, as Jack Eichel sat on the couch enjoying a meal with two teammates, the young Sabres star was still hush-hush about the eight-year, $80 million contract extension he had just signed.

“I didn’t really tell anyone for a while,” Eichel said this afternoon inside KeyBank Center.

But by the time Eichel, 20, returned to dinner after taking a congratulatory call from Sabres owner Terry Pegula, word had spread on Twitter about his massive new deal.

“I didn’t say anything,” he said. “They just started laughing and congratulated me. It was a nice moment.”

The last day has been filled with nice moments for Eichel, the face of the franchise.

Eichel, of course, acknowledged he will be earning a lot of money. But he committed to Buffalo and the Sabres for more than dollars. Since arriving in town just over two years ago as the second overall pick, Eichel has consistently talked about his appreciation for the city, its people and the support the organization has given him.

He added: “It was pretty obvious both sides wanted eight years. I told my agents I wanted to be here for as long as I could.”

The Sabres started talking to Eichel’s agents in the summer, general manager Jason Botterill said. Talks then heated up during training camp.

Check back later for a full story on Eichel’s new deal and what it means.

“I owe it to (my teammates) and I think I owe it to myself to do something special here with the group of guys we have in the room,” Eichel said. “With the organization, the people we have here, it’s really exciting times.”