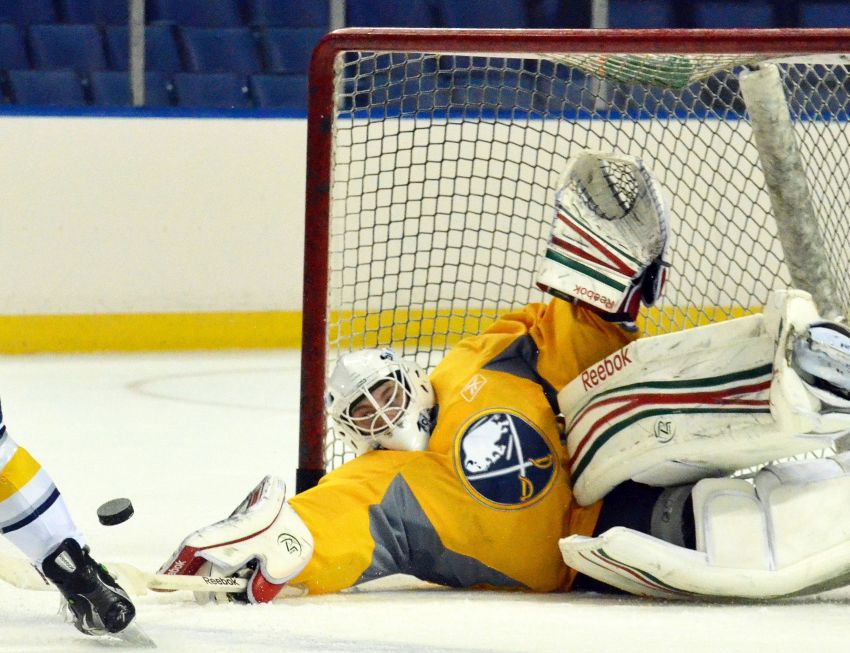 As you can see from the photo above, Buffalo Sabres goalie prospect Linus Ullmark sported a vanilla look during the team’s development camp last summer.

At times throughout his career, Ullmark has worn just a plain white mask. The 20-year-old Swede has a creative side, however. Check out the Bowser (from Super Mario Bros.) mask he just commissioned artist David Gunnarsson to paint.

Ullmark’s a big Nintendo fan, according to Gunnarsson. The youngster plans to wear the mask next season with Modo in the Swedish Hockey League. It matches the team’s color scheme nicely. 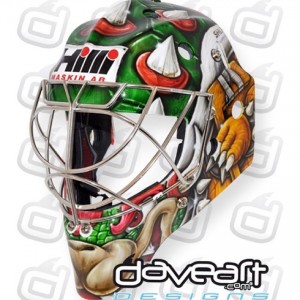 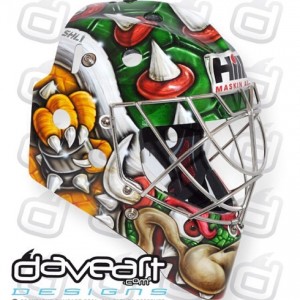 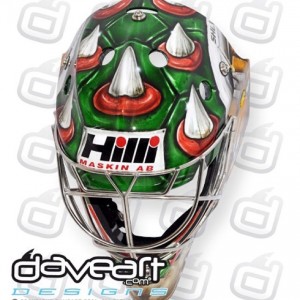 Gunnarsson has many notable clients, including Sabres goalie Jhonas Enroth. Check out the Swedish Olympic mask he painted for Enroth earlier this year.

This isn’t the only Nintendo-themed mask out there, though. We found this Super Mario Bros. one.