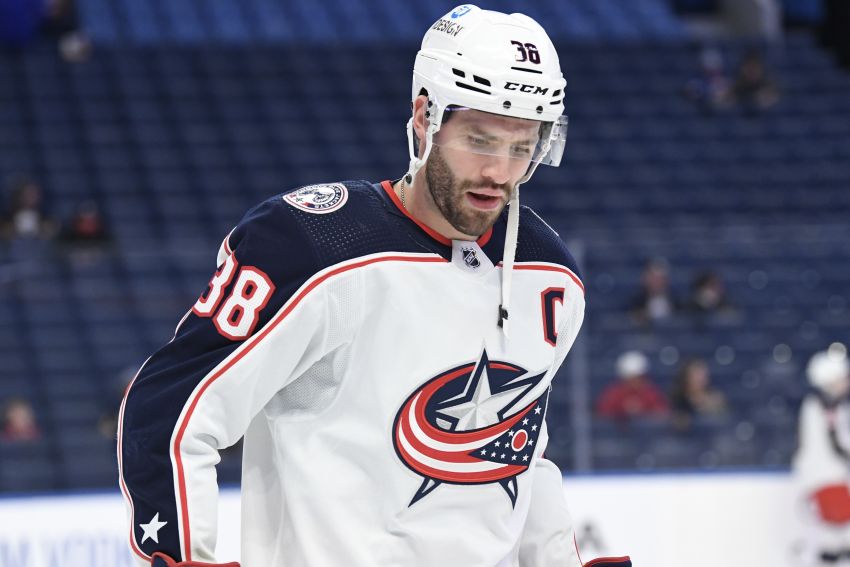 BUFFALO – As the Sabres were wrapping up this morning’s practice, Monday’s opponent, the Columbus Blue Jackets, announced three players had entered the NHL’s COVID-19 protocol.

The Blue Jackets canceled today’s practice and plan to fly to Buffalo on Monday after holding their morning skate at Nationwide Arena, according to The Columbus Dispatch.

But if more Blue Jackets players or staff enter protocol, the game at KeyBank Center could be postponed.

“We are preparing for the game like it’s going to happen until we would be told different,” Sabres coach Don Granato said. “And the guys are really used to that. We did talk this morning and guys talked, so we know it’s in the league, it’s around us, it’s in the world. But we also know we have to be prepared if the game’s on the schedule. We stay on the schedule until told otherwise.”

The Sabres are also scheduled to play Thursday in Columbus, their final outing before a three-day Christmas break. Their home game scheduled for Wednesday against the Colorado Avalanche has already been postponed.

COVID is running rampant through the NHL. Right now, five teams – the Avalanche, Boston Bruins, Calgary Flames, Florida Panthers and Nashville Predators – are shut down. More than 100 players are in protocol.

So far this season, only one Sabres player, goalie Dustin Tokarski, has entered protocol. Granato said Tokarski is skating again and feeling “back to normal.”

Last season, the Sabres endured a long COVID pause and had nine players in protocol in early February.

Granato trusts the correct decisions will be made regarding COVID.

“As I’ve said even last year, there’s a strong faith in the people around us that make decisions that they know what they’re doing, and whatever decisions are going forward, we just adapt and acclimate to it,” Granato said. “And I think guys around the league are really good at it now. Unfortunately, this is part of life right now and it’s been part of life for months and over a year, and it’s a new way you have to operate. And I think our guys have done an amazing job.”