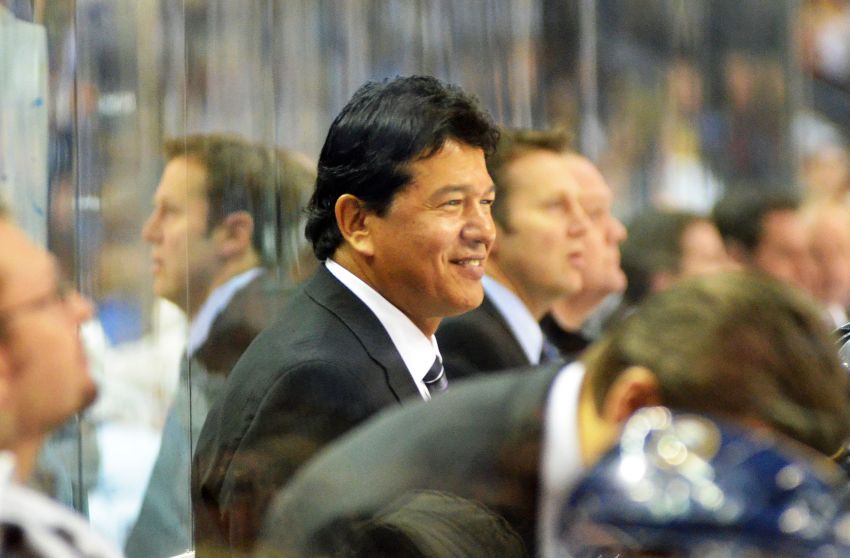 Teddy Two? Whoda thunk it? Hardly anybody in Sabreland, not 16 years after stepping away from a one-year contract extension hardly befitting an NHL Coach of the Year. Yet, there he was, back behind the Buffalo bench once again on Nov. 15 after the seismic shift in Sabres structure that occurred two days earlier. Nolan didn’t bother trying to squelch the smiles he wore all night in what played out as an emotion-charged 3-1 win over the Toronto Maple Leafs.

This shot was among several selected by Margaret, who is my better half, best friend, soul mate, and ace photo editor.