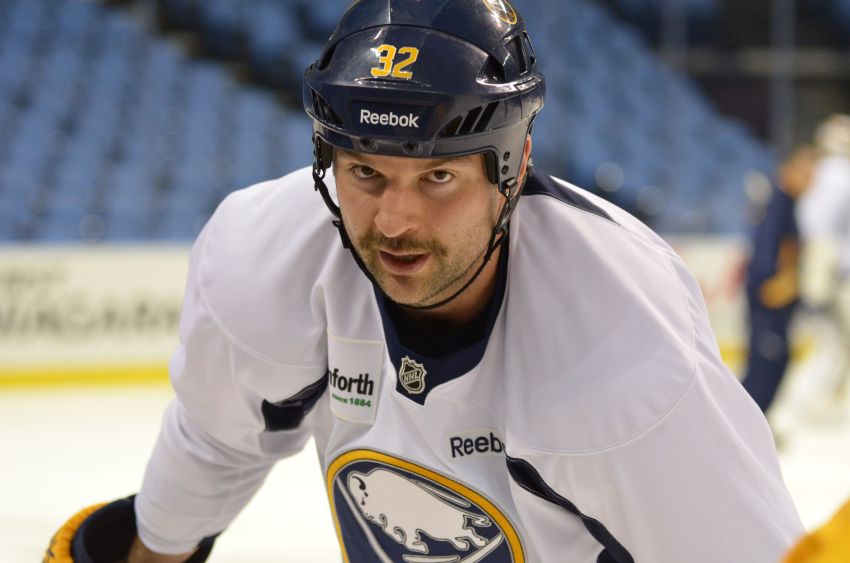 Love him or hate him, no one is neutral about Sabres tough guy John Scott. Consigned to thug duty under former coach Ron Rolston, the big man has blossomed (to a degree) under Ted Nolan. He will never be mistaken for a dangler, but Scott is out to show the critics that he really can play hockey at something above the beer league level. Nolan, at least, is giving him that chance, and he now has something in the goal column to show for it. Scott gave me full face one day at the bench during a team practice at the First Niagara Center.