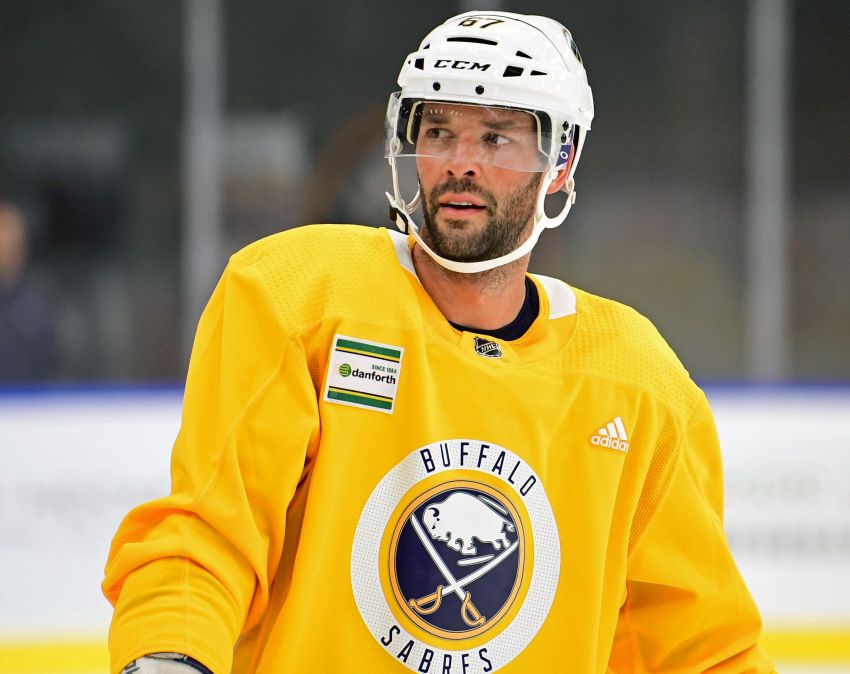 BUFFALO – Sabres winger Benoit Pouliot knows from firsthand experience a bad NHL team can morph from an also-ran into a contender in a short time.

Three seasons ago, after years of ineptitude, the Edmonton Oilers believed they finally had a playoff-caliber team. But instead of contending, they imploded early, losing 35 of their first 45 games.

“It was the worst year I’ve ever had playing in the NHL,” Pouliot said this morning inside HarborCenter. “We were so down that the coach (Dallas Eakins) got fired during the year. Things weren’t going well, but we had so many draft picks, we had so many young guys coming up and learning.”

The Oilers ended their 11-year playoff drought last season, advancing to the second round. Some luck, of course, also buoyed the upstart team, which won the 2015 NHL Draft Lottery and the right to select superstar Connor McDavid first overall.

“The past few years haven’t been, I think, very good here,” he said. “It was the same situation in Edmonton when I first signed there. Things got better and better every year that I was there, and I think it was just fun to see the turnaround.”

Pouliot, however, wasn’t a major contributor to the Oilers’ turnaround. The veteran endured a brutal season, scoring only eight goals and 14 points in 67 games before going pointless in 13 playoff contests.

Following the year, the Oilers exercised a buyout on the final two seasons of his five-year, $20 million contract.

“Last year was tough year for me personally,” he said. “It’s been my worst one ever. The only good thing is we went very far in the playoffs.”

Still, Pouliot possesses speed and can play all over the lineup, huge assets. The Sabres’ new regime signed him to a one-year, $1.15 million contract on July 1.

Pouliot has skated beside Sam Reinhart, who’s back at center, and Stevie Moses the first two days of training camp.

“(I can) create the speed, push their D back and turn the puck over,” Pouliot said.

Sabres coach Phil Housley added: “Ben’s got terrific speed. He could be first on the forecheck.”

That fits well with a lineup Pouliot said is “fast” and “a good mix of young and old.”

“Ever since I got in here it’s been really easy for me to fit in and talk to the guys,” he said. “They’ve made me feel comfortable. It’s just makes it easy for everyone.”

Sabres center Jack Eichel, the youngster drafted after McDavid, will “come up just like Connor did in Edmonton,” Pouliot said.

“Things can turn around quickly, especially when you get new management, new coaches, a fresh group for everyone,” he said.

Since HarborCenter has two ice pads, Housley has been having the Sabres switch to a fresh sheet about halfway through practice.

“It’s an advantage we have over other teams, we get to utilize our resources here at HarborCenter,” Housley said. “I just like it. The execution’s much better. The puck sits flatter, the guys look faster and they are faster because of the fresh ice, and we’re going to utilize that this year.”

He added: “Mentally as a player, if you’re feeling fast, that’s half the battle. I liked our puck movement today.”