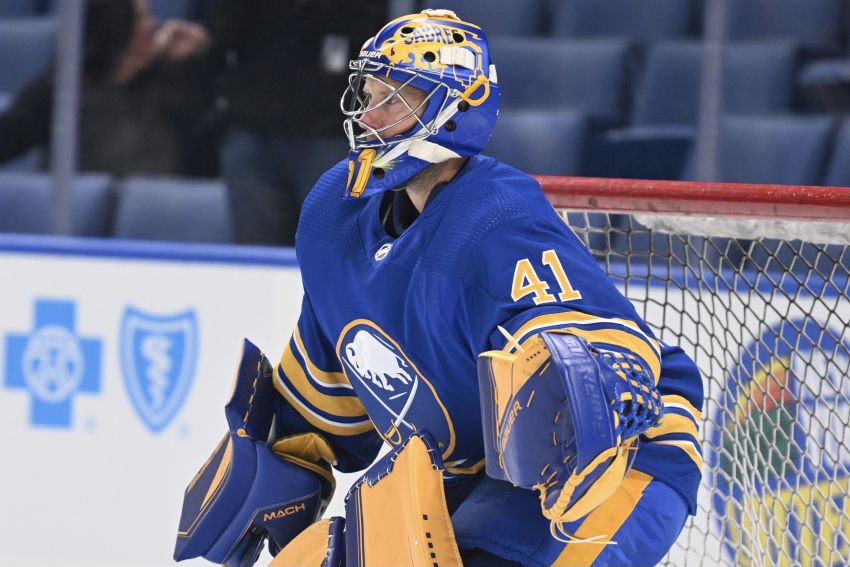 “Craig is a guy that’s very connected to his love of the game, and he sees, hey, my career’s coming to an end, I’m clear and definitively going to miss this, so I’m going to love what I’m going to miss,” Granato said after the Sabres prepared for tonight’s game against the Ottawa Senators at KeyBank Center. “And it’s coming to the rink, being around the team and then getting into the moment of the battle with the players.

“It’s been remarkable how he’s been able to simplify it to that and find a resurgence of passion and energy to push him through.”

Tonight against the Ottawa Senators, Anderson, 41, will likely be making the final opening night start of his 20-year-career.

That assignment, of course, is coveted by goalies. To earn it as the NHL’s oldest goalie is a remarkable achievement.

It’s unclear how the Sabres will utilize Anderson, who starred for Ottawa last decade, this season. Granato said this morning Anderson and newcomer Eric Comrie, 27, will both play early this season.

Given his age and standing in the locker room, Granato had to award Anderson tonight’s game.

Anderson, of course, likely can’t handle a heavy load as the starter.

“There’s no hiding it, Craig is an older (goalie),” Granato said. “At his age, recovery is a much greater challenge than recovery when he was 22 years ago. So that will always be a factor with him.”