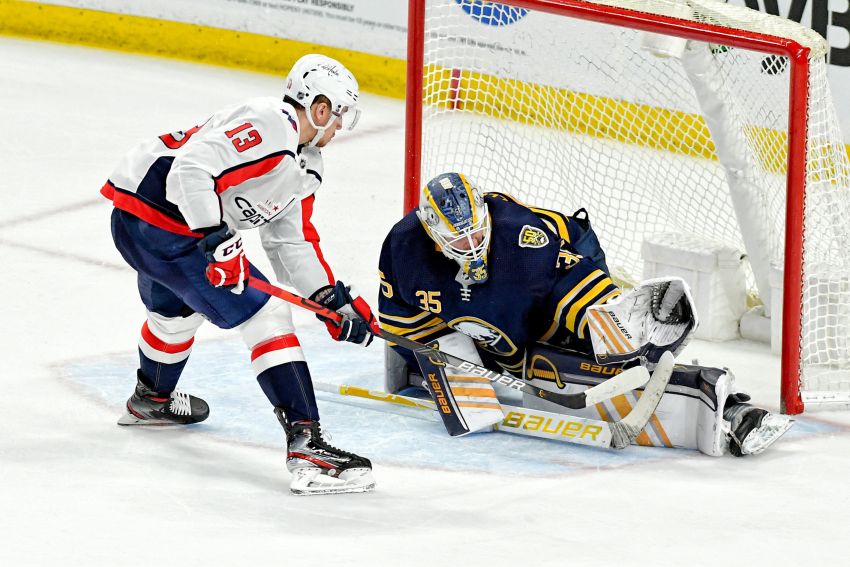 Throughout their nine-year playoff drought, the Buffalo Sabres have consistently ranked among the NHL’s bottom-feeders. Only once in that ugly stretch – in 2011-12, the season their run of futility began – have they contended for a postseason spot.

Eight years ago, the Sabres roared back from last place, briefly grabbing a spot before falling apart in the waning days of the season.

There haven’t been many what-ifs during the sorriest stretch in franchise history. The Sabres usually fall out of the playoff chase by Christmas, if not earlier.

But this season, which officially ended for the Sabres on Tuesday, has become the most unusual in NHL history. The COVID-19 pandemic forced the league to get creative if it wanted to finish the campaign it suspended March 12.

In the return to play plan commissioner Gary Bettman unveiled, rather than resuming the regular season, 24 teams – the top 12 from each conference ranked by points percentage – will play a qualifying round before the Stanley Cup playoffs.

So while the Sabres finished a distant 13 points out of the last playoff spot in their 50th anniversary season, they just missed out on making the qualifying round.

The Sabres had the Eastern Conference’s 13th-best points percentage (.493) before the NHL suspended play March 12. They earned 68 points (a 30-31-8 record) in 69 games, three fewer than the Montreal Canadiens (.500 points percentage) compiled in 71 contests.

So eking out another win or two could’ve helped the Sabres sneak in. While the play-in round isn’t considered the postseason, participating in it would’ve been significant considering their recent woes.

Anything can happen in a best-of-five qualifying round, especially after a long layoff. The Sabres started the season 9-2-1, roaring out of the gate under new coach Ralph Krueger. They’ve shown they can get hot for a few weeks.

Perhaps they could’ve done it again and snagged that elusive playoff spot. Doing so would’ve lifted the black cloud that has hovered over the organization for nearly a decade.

But the Sabres are left to consider what could’ve been this season.

What if captain and offensive catalyst Jack Eichel didn’t endure a seven-game point drought before scoring in the season finale? What if winger Jeff Skinner didn’t experience a stunning 23-game goalless streak? What if goalie Carter Hutton didn’t go into a three-month funk?

Make no mistake, the Sabres don’t deserve to be in the playoffs. They mustered only 49 points in their final 57 games, a wretched number that trails only the hapless Detroit Red Wings’ 32 over that stretch.

Still, there was a unique path to a postseason berth.

Notes: The Sabres have 6.5% odds for the top pick in the NHL Draft Lottery, which will be held June 26. … Sabres general manager Jason Botterill and five players will be conducting end-of-season interviews via Zoom today. … Points-wise, the Sabres finished sixth in the Atlantic Division for the second consecutive year and 13th in the Eastern Conference. … Eichel’s career-high 36 goals and 78 points in 68 games led the Sabres. … Bettman said next season could start as late as January, meaning the Sabres might go nearly 10 months between games.