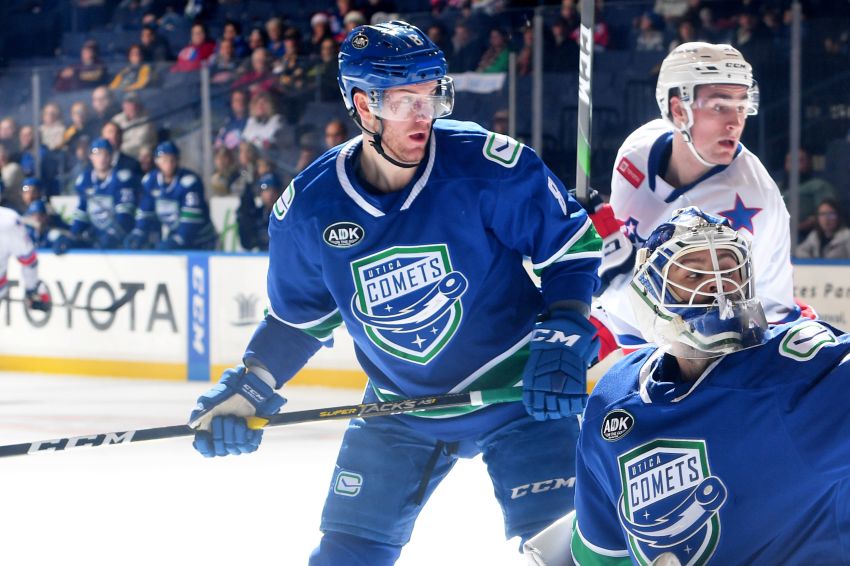 Blujus, a defenseman, has spent most of the past six seasons in the AHL, compiling 20 goals and 82 points 274 games. He played the last three seasons for the Utica Comets.

The Tampa Bay Lightning drafted Blujus, 26, in the second round in 2012, 40th overall. After playing playing junior with the Ontario Hockey League’s North Bay and Brampton Battalion, he began his pro career in the AHL with the Syracuse Crunch in 2014-15.