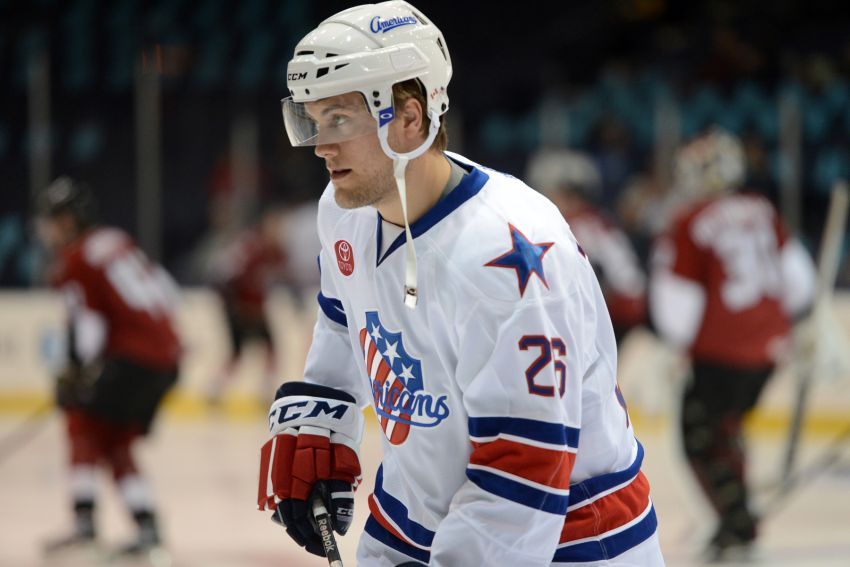 BUFFALO – Chadd Cassidy called Johan Larsson’s new situation “very difficult.” A week ago, the 20-year-old prospect was preparing for his second NHL game. Then Minnesota yanked the center from its morning skate.

Not only was Larsson going back to the AHL, the Wild had sent him to the Sabres as a key figure in the Jason Pominville trade.

So far, Larsson has impressed Cassidy through three games, scoring one goal and three points.

“He’s an excellent two-way center,” the interim Americans coach said by phone this afternoon. “I would say, when you watch him play, he plays a lot older than he is. He’s very smart. He’s a kid that he thinks the game very well. He’s very good positionally. He’s got a good a good skill level. He’s probably more of a playmaker than he is a finisher. He’s very strong. He wins a lot of puck battles. He’s very well put together. He’s a guy that really helps your D corps out in terms of being able to get the puck out of your zone as a centermen.”

Larsson had 15 goals and 37 points in 67 games with Houston earlier this season.