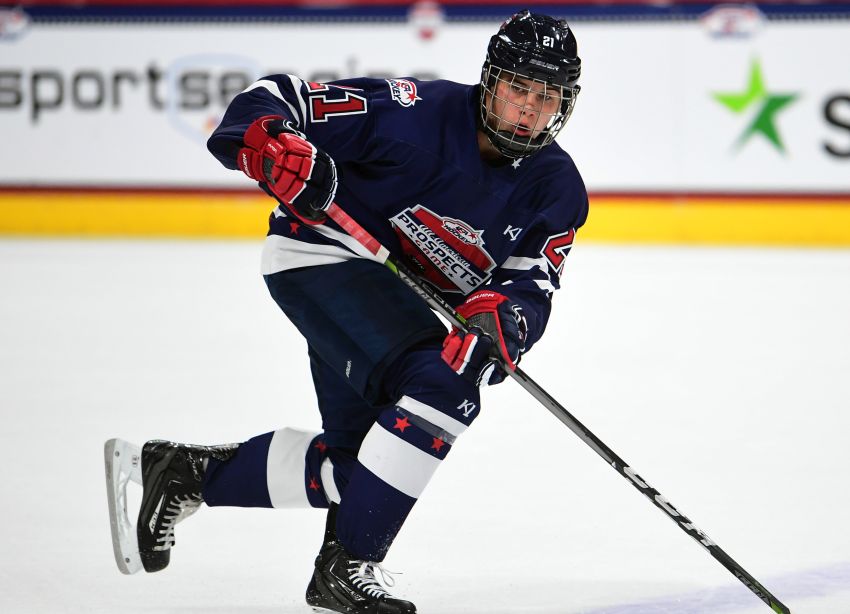 Like most NHL general managers, he probably wants to respect the work his scouts have put in and leave a little suspense.

But the Devils, who own the first pick for the second time in three years, will almost certainly draft Hughes come June 21 in Vancouver.

“I’m not prepared to say,” Shero said inside the CBC building. “To me, this happened so quickly. I’m cognizant there’s other great, young players that are there. I don’t think it’s fair for me to say that.”

Following a breakout campaign in which they earned their first playoff berth in six years, the New Jersey Devils dropped 25 points in the standings this season.

But suddenly, the Devils have become one of the NHL’s most intriguing teams. They picked center Nico Hischier first overall in 2017. They also have winger Taylor Hall, the 2017-18 Hart Trophy winner.

“My biggest things are my inner drive, my competitiveness,” Hughes said before the lottery. “I want to score, I want to score every shift and make a play happen. But I mean, obviously, I’m a smaller, skilled, speed player. I translate really well.

“I like to say I play like (Chicago Blackhawks winger) Patrick Kane a little bit, but I feel I’m more of a (New York Islanders center) Mat Barzal in how I carve through the neutral zone, lug the puck, and find my teammates. I feel that’s more my game.”

Hughes’ brother, Quinn, is a defenseman the Vancouver Canucks drafted eighth overall in 2018.

The Chicago Blackhawks, who had just a 2.5 percent chance for the top pick, made the biggest jump, moving up to third. Meanwhile, the New York Rangers, who had 7.5 percent odds, jumped to second.

The Sabres last picked seventh in 1996, when they grabbed center Erik Rasmussen out of the University of Minnesota.

The full draft order from the lottery: