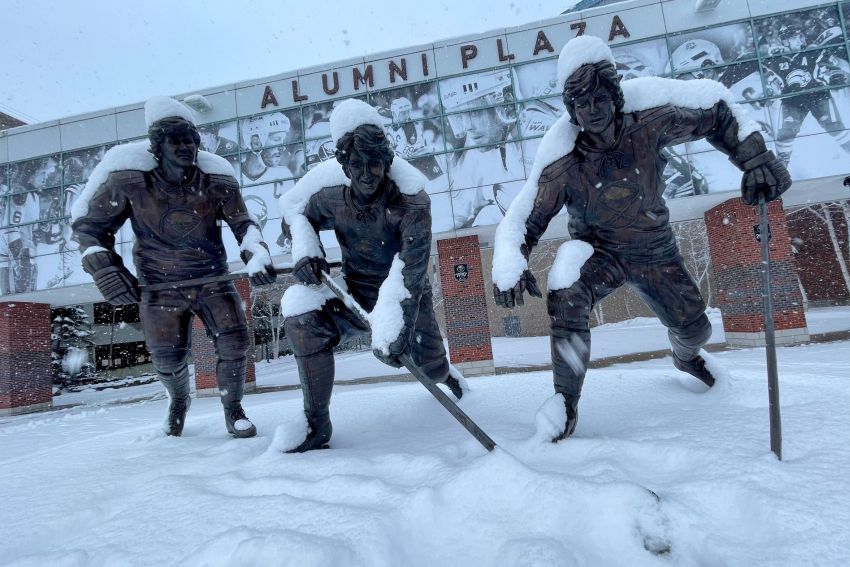 Conditions are snowy all over Buffalo. ©2022, Micheline Veluvolu

The devastating blizzard that battered Western New York over the weekend, dumping more than three feet of snow in some areas, has made many roads impassable. Driving bans remain in effect in Buffalo and other communities.

The airport will stay closed until 11 a.m. on Wednesday.

Following a four-day Christmas break, the Sabres were supposed to convene for a pregame skate this morning at KeyBank Center before flying to Columbus.

The NHL postponed last Friday’s home game against the Tampa Bay Lightning until March 4 because of the blizzard. The Sabres are also scheduled to host the Detroit Red Wings on Thursday.

They haven’t played since last Monday’s 3-2 road win over the Vegas Golden Knights.