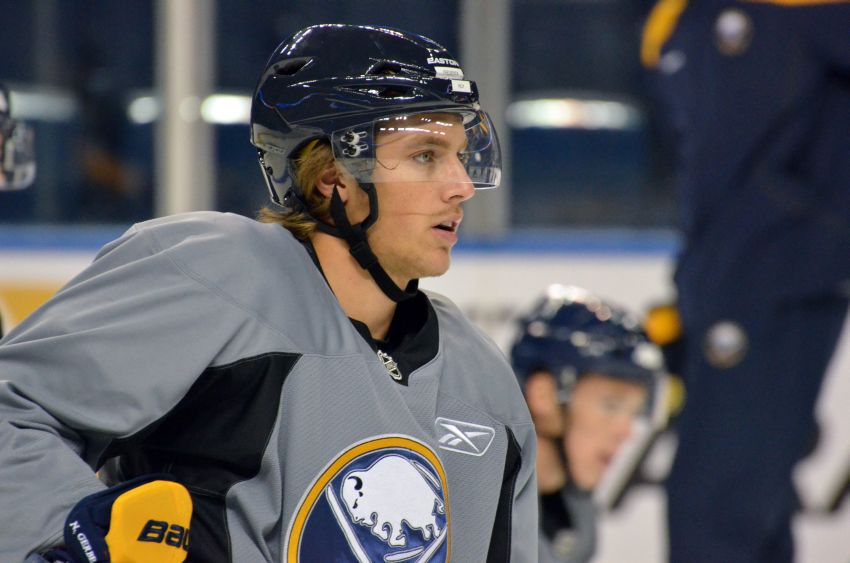 It’s no secret Buffalo Sabres prospect Frederick Roy possesses his father’s legendary fire. The 22-year-old, despite being listed at an undersized 5-foot-10 and 170 pounds, doesn’t back down from anyone.

That’s part of what made Patrick Roy arguably the greatest goalie ever. That might help Frederick Roy crack the NHL someday as a fourth-liner.

The Rochester Americans winger is emotional and fearless.

But sometimes, like his father, the younger Roy really loses his cool.

Take the Amerks’ 5-0 loss to Geneve-Servette on Thursday in the Spengler Cup opener in Switzerland.

Roy blew a gasket after receiving slashing and roughing penalties and getting tossed from the game with 19 seconds left.

The video is below. Warning, Roy unleashes some f-bombs.

One thought on “Watch: Amerks’ Frederick Roy loses his cool after getting tossed from game”