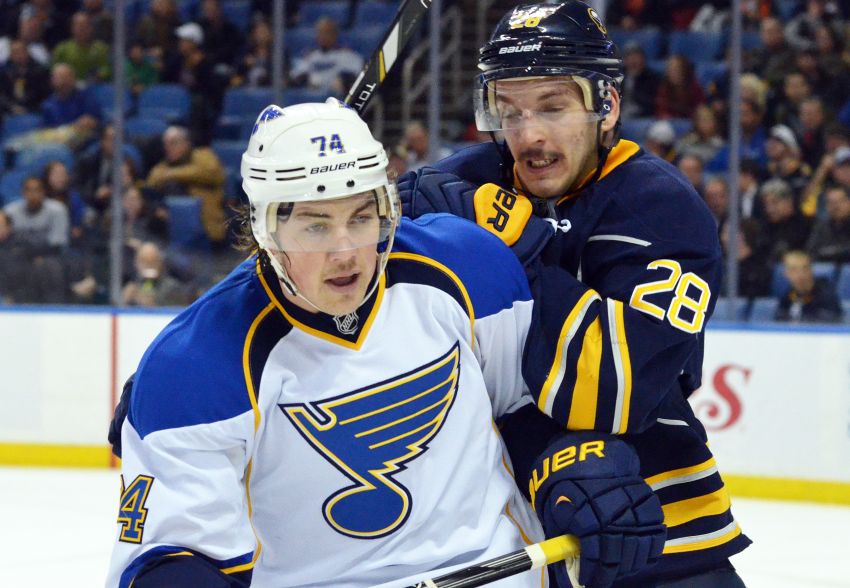 BUFFALO – Long-term, interim coach Ted Nolan said, the Sabres project rookie Zemgus Girgensons as a winger. So despite three impressive games at center, the 19-year-old Latvian switched back to the side today.

Nolan, who coached Girgensons with the Latvian national team, said he “looked really good to me” at center.

“I think he’s just one of those players he’s going to look as good to me at the wing as he does at center ice,” Nolan said. “We have to figure out how we’re going to best utilize his skills and his skill set, a nice, powerful winger like him. He’s only 19 years old. He turns into 22, 23, he’s going to be a man in that position. He can be a very powerful power forward for us.”