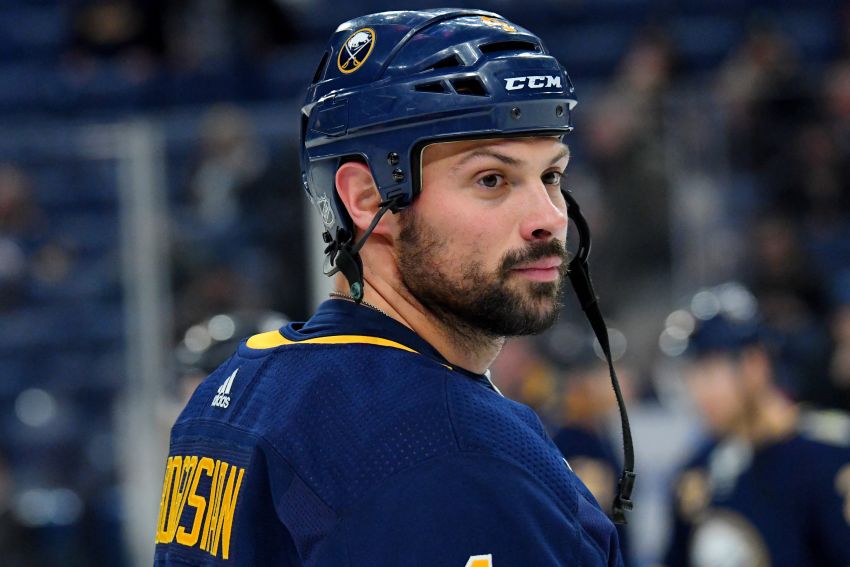 BUFFALO – Sabres defenseman Zach Bogosian, who has played 10 straight games since returning from offseason hip surgery last month, will be a healthy scratch tonight against the Nashville Predators.

“It was good to get some contact, wake up a little,” Dahlin said this morning inside KeyBank Center. “You feel more game-ready when you have those practices.”

Krueger said the complete lineup will be announced at game time. Seven defensemen and 12 forwards will participate in warm-ups.

The Sabres have often dressed an extra defenseman throughout the past month. With Dahlin healthy, they have eight on the roster.

“We have eight that we feel very comfortable in and it’s just a mix and having different looks,” Krueger said. “I think everybody’s participating in a really good way. There is a defending by committee situation going on here and we like the way the defensive corps is playing.

Based on Wednesday’s line combinations, center Casey Mittelstadt could be the odd man out up front for the second time in three games. Winger Conor Sheary sat out last game.

In other lineup news, goalie Linus Ullmark will start, his 11th nod in 14 contests.

Ullmark has awful numbers – 0-2-0, with a 4.88 goals-against average and an .825 save percentage – in two career games against the Predators.

Nashville has won eight straight games in Buffalo dating back to Dec. 1, 2008.

Behind The Bench w/@BillHoppeNHL: Eichel and Ullmark help #Sabres get back on track https://t.co/r0C2rsZ3e8