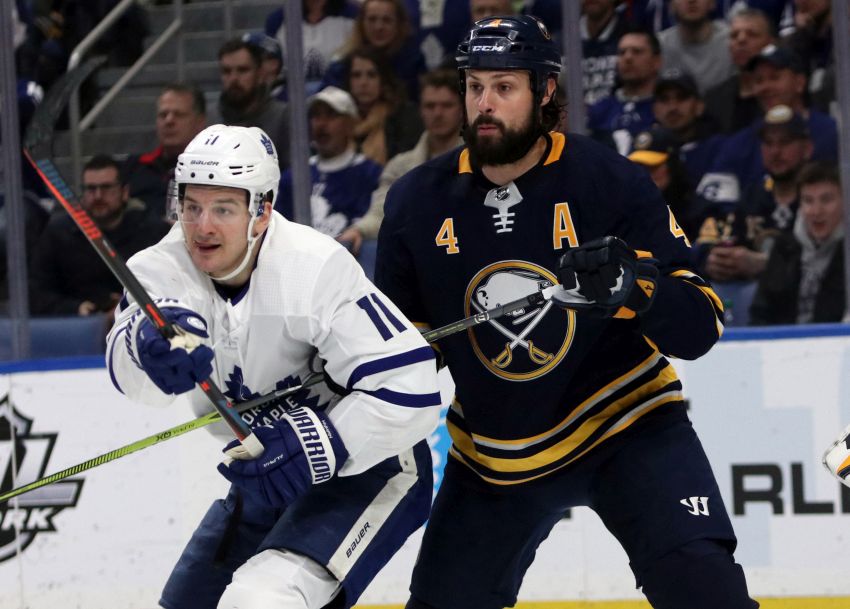 BUFFALO – Zach Bogosian wasn’t about to let Henri Jokiharju skate by him today, even during a practice drill. So the Sabres defenseman rammed his teammate into the KeyBank Center glass, a move that looked better suited for a game.

“It was just the way the drill was going,” a smiling Bogosian said after practicing for the first time this season. “It was either that or he was going to go by me. That’s probably six, seven months of built-up excitement.”

The last seven or eight months have been tough.

“It’s really been a learning experience,” Bogosian said. “I found out a lot about myself. It’s something … it’s kind of tough to put into words how it feels to go through something like that unless you’ve been through it.

When Bogosian was asked about his support system, he paused for a moment and got a little choked up.

Bogosian, of course, has endured a rash of injuries over his Sabres career. In 2017-18, he had season-ending surgery on his other hip.

Looking back, Bogosian, 29, knows he probably should’ve had both hips repaired at the same time.

The Sabres originally said the Massena native would need five or six months to recover before he he suffered setbacks.

Right now, Bogosian, who’s listed as week-to-week, is essentially going through his own training camp. He has no timetable for his return.

Bogosian said today, the Sabres’ first practice following their two-game trip to Sweden, was circled on his calendar since last week.

“If the team obviously wasn’t on the trip, I may have been back with the team maybe last week if they were around,” he said.

Check back later for a full story on Bogosian.