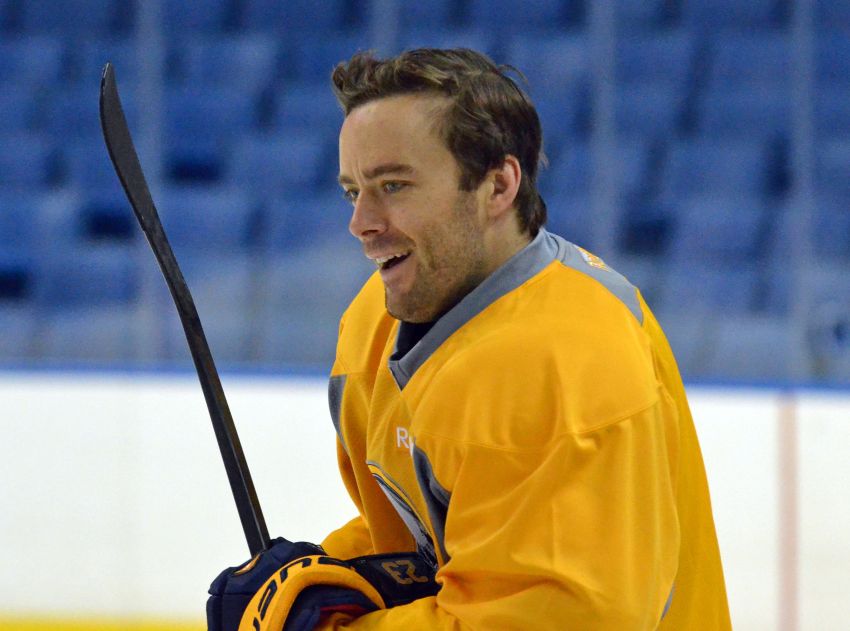 BUFFALO – So, does Sabres winger Ville Leino know why coach Ron Rolston scratched him for Friday’s 6-2 loss in Anaheim?

“Not really,” Leino, who will return tonight against the Los Angeles Kings, said after skating this morning inside the First Niagara Center.

Can Leino, who has one point and one shot in seven games, guess why he sat?

Despite the struggles, Leino will see power play action tonight. The Sabres, still winless at home, need any spark they can get.

In other lineup news, it appears forward Johan Larsson and John Scott will sit tonight. With defenseman Christian Ehrhoff back from a muscle strain, rookie Nikita Zadorov will likely sit for the fourth time in six games.

Related: Healthy scratch an early sign Sabres will move on from Ville Leino