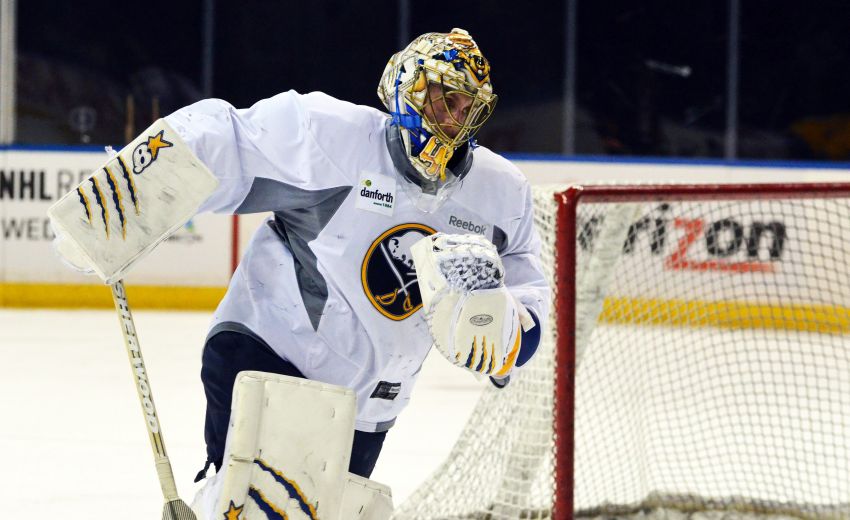 As expected, the Sabres have flipped goalie Jaroslav Halak, trading him to the Washington Capitals today with a 2015 third-round draft pick for goalie Michal Neuvirth and defenseman Rostislav Klesla.

The Sabres acquired the 28-year-old Slovak in Friday’s Ryan Miller trade. Halak never played with the Sabres, only dressing for Monday’s 3-2 loss in Dallas.

Halak, an unrestricted free agent following the season, is 24-9-4 with a 2.23 goals-against average and .917 save percentage in 40 games this season.

The 31-year-old Klesla has 48 goals and 159 points in 659 games. The Phoenix Coyotes dealt him to Washington on Tuesday.

It’s unclear if the Sabres are done for the day. The trade deadline passed at 3 p.m.

Update: The Sabres are done for the day.