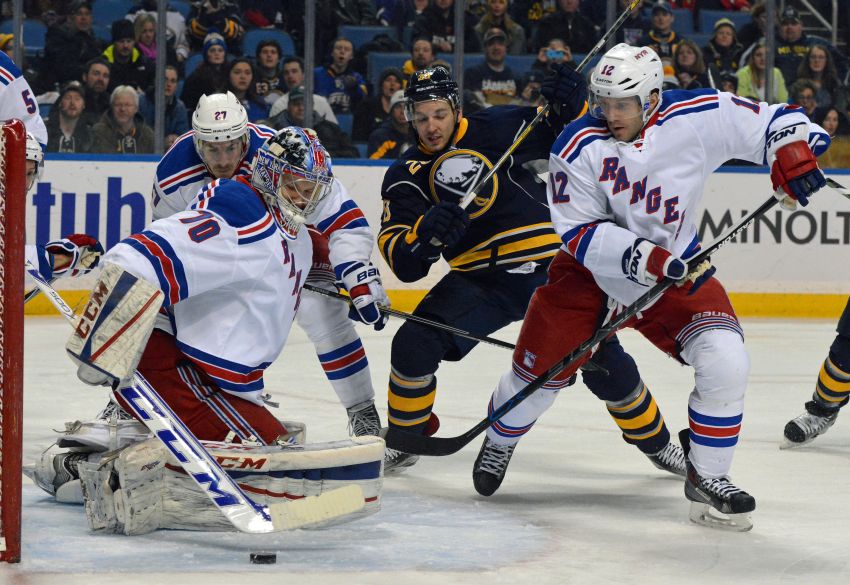 BUFFALO – With star goalie Henrik Lundqvist sidelined by a neck injury, the New York Rangers have been riding backup Cam Talbot for six weeks, starting him 17 of the last 18 games.

Talbot’s one breather came Feb. 20 in Buffalo, when unknown rookie Mackenzie Skapski subbed. After allowing a goal 14 seconds into his NHL debut, the 20-year-old settled down, stopping 24 shots in the Rangers’ 3-1 win against the Sabres.

Skapski is expected to start again tonight against the Sabres inside the First Niagara Center.

“He played pretty well last time, so I don’t think he’s going to be nervous,” Sabres winger Matt Moulson, who beat Skapski, said Friday following an up-tempo practice inside HarborCenter. “I don’t think it matters who’s in the net. You want to throw as many pucks as you can, try to make them feel uncomfortable, whatever that is.”

Despite a 3-6-1 record, the Sabres have scored first in nine of the last 10 games.

Notes: Nolan said he hasn’t picked a goalie for tonight, the Sabres’ first home game since Feb. 26. Anders Lindback has started three of the last four games. … The banged-up Sabres have one more injury. No one has been spared this season. Assistant coach Tom Coolen was wearing a walking boot Friday and stayed off the ice. “I don’t know what that is,” Nolan joked. … The Sabres have lost five straight games since beating Vancouver 6-3 in their last home game. … The Rangers, who have won three straight games, began Friday in a six-way tie for the NHL lead with 91 points.