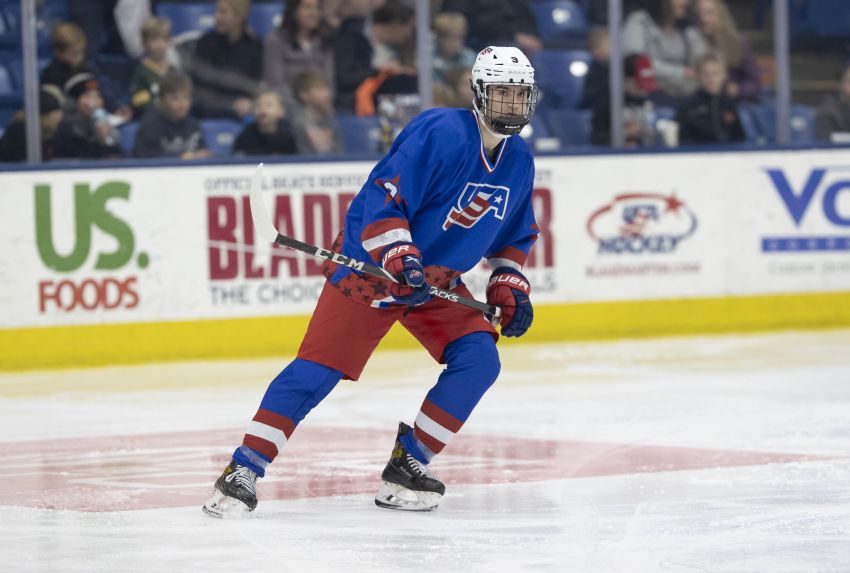 Jimmy Snuggerud could be available to Buffalo in the first round. ©2022, Rena Laverty

For the 10th straight year, the Buffalo Sabres will have a top-10 pick in the NHL Draft.

After finishing 24th overall, the Sabres had just 5 percent odds – the ninth-highest in the lottery – for the top pick.

The Sabres acquired the 16th pick from the Vegas Golden Knights in the Jack Eichel trade. The Golden Knights had the lowest odds, just 0.5 percent, for the top pick.

If that selection had moved into the top 10, it would’ve transferred to 2023.

The Sabres also received the Florida Panthers’ first-rounder in the Sam Reinhart deal. The pick was not in the lottery.

If general manager Kevyn Adams makes all three picks, it will mark the first time since 1983 the Sabres select three players in the first round.

The first round of the NHL Draft will be held July 7 in Montreal.

The Montreal Canadiens, who had the highest odds, 18.5 percent, won Tuesday’s lottery.