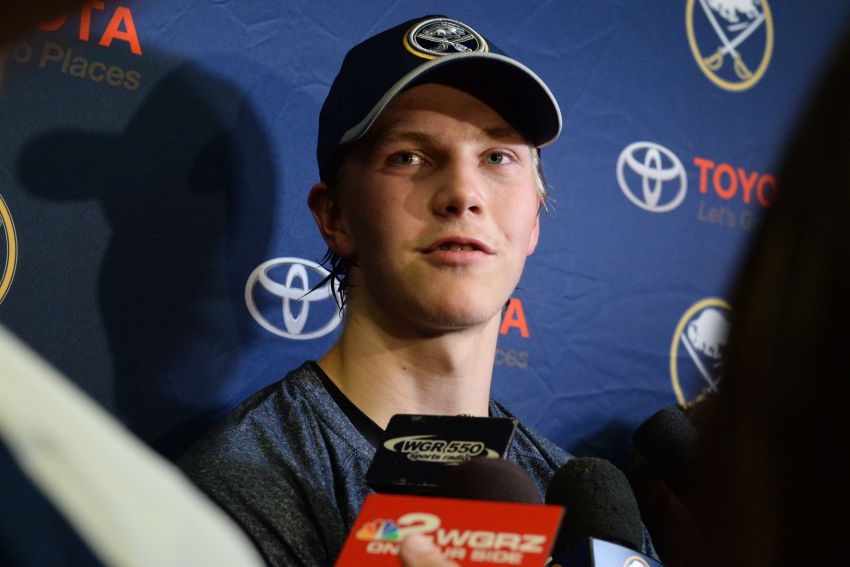 The Sabres drafted Oskari Laaksonen in the third round in 2017. ©2020, Micheline Veluvolu, Rochester Americans

The Buffalo Sabres have signed defenseman Oskari Laaksonen to a three-year, entry-level contract, the team announced this morning.

Laaksonen, 20, spent the last three seasons with Ilves in Liiga in his native Finland, compiling five goals and 40 points in 113 games.

“The work Oskari has put in to improve his game has paid off during his last two seasons,” Sabres general manager Jason Botterill said in a statement. “His success on the international stage and what he’s done as a 19- and 20-year-old playing in a professional league is impressive.”

Laaksonen won a gold medal with Team Finland at the 2019 World Junior Championship.