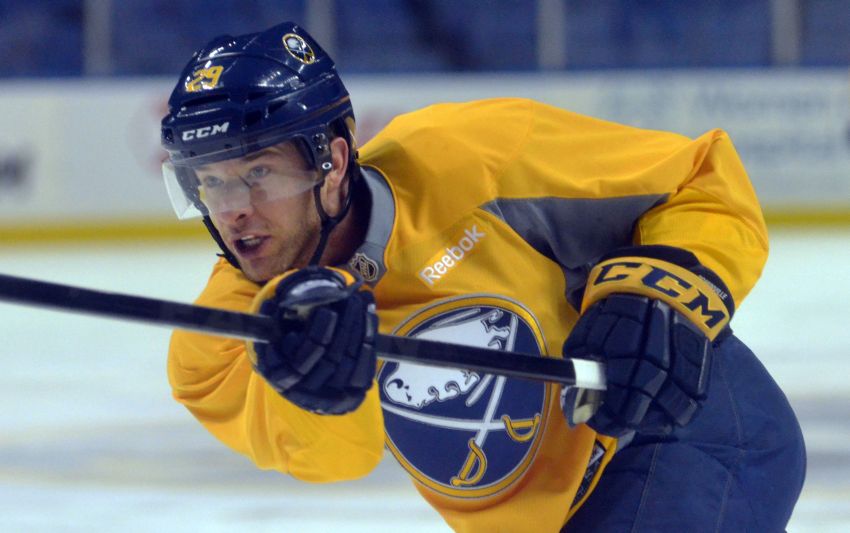 When the Wild’s interest diminished, Regier still approached his captain for a list of eight teams he could refuse a trade to. Regier said he had “no real interest” in trading Pominville, although he wanted to keep his options open.

This afternoon, shortly before the 3 p.m. trade deadline, the Sabres dealt Pominville and a fourth-round pick in 2014 to Minnesota for goalie Matt Hackett, winger Johan Larsson, a first-round pick in June and a second-round selection in 2014.

Still, after trading arguably his best player and admitting the Sabres’ focus has shifted to the future, not this season, Regier wouldn’t say his 12th-place team is rebuilding.

“I’m not going to use the ‘R’ word, but it allows us to draft and develop players and build the organization,” Regier said late this afternoon inside the First Niagara Center.

Trading Pominville and giving up on the current campaign is the best way to reach the Sabres’ ultimate goal, the Stanley Cup, Regier said.

“It’s shifted the timeline, but I think more important it’s shifted the focus,” he said. “The focus is … not just to make the playoffs, but to win a championship, and so it is going to involve rolling back a little organizationally, acquire the assets.”

Pominville was one of the Sabres’ best assets since 2005, when he became an NHL regular shortly after clearing waivers. He compiled 185 goals and 456 points in 578 games. He served as captain since the beginning of 2011-12.

Hackett and Larsson will report to Rochester, Regier said.