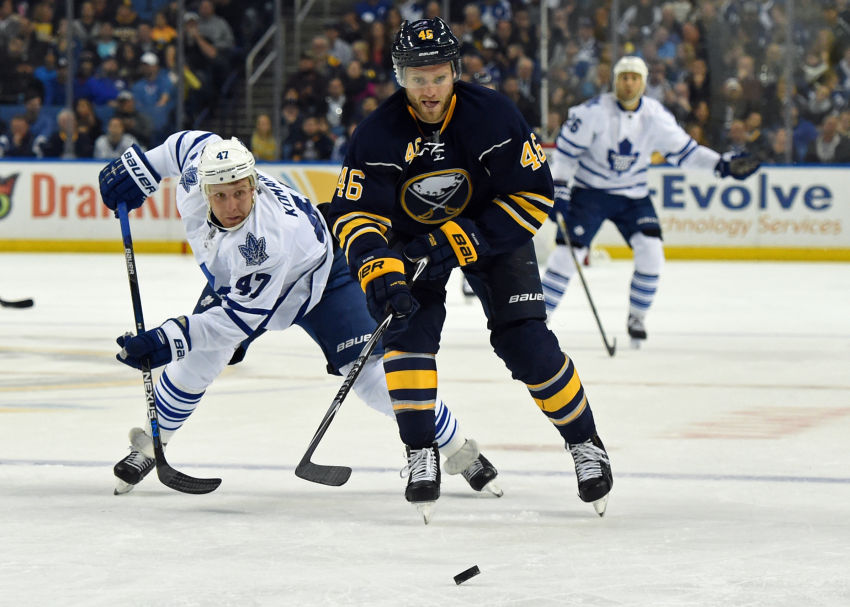 BUFFALO – Some quick updates from HarborCenter, where the Sabres held about six players out of practice today, including rookie center Jack Eichel, who played 19 minutes, 42 seconds in his sixth NHL game Wednesday, a 2-1 shootout win against Toronto.

– “The number of minutes that we played and playing three in four, yes, it was coach’s decision to keep them off the ice,” Sabres coach Dan Bylsma said.

The Sabres host Montreal on Friday and New Jersey on Saturday.

– Defenseman Bobby Sanguinetti cleared waivers today and was assigned to the Rochester Americans.

– Center Ryan O’Reilly’s impaired driving case in Ontario has been delayed for the fourth time, according to CFPL-AM.

The case was put over this morning until Nov. 5, according to the radio station. The case was also moved on Aug. 20, Sept. 10 and Oct. 1.