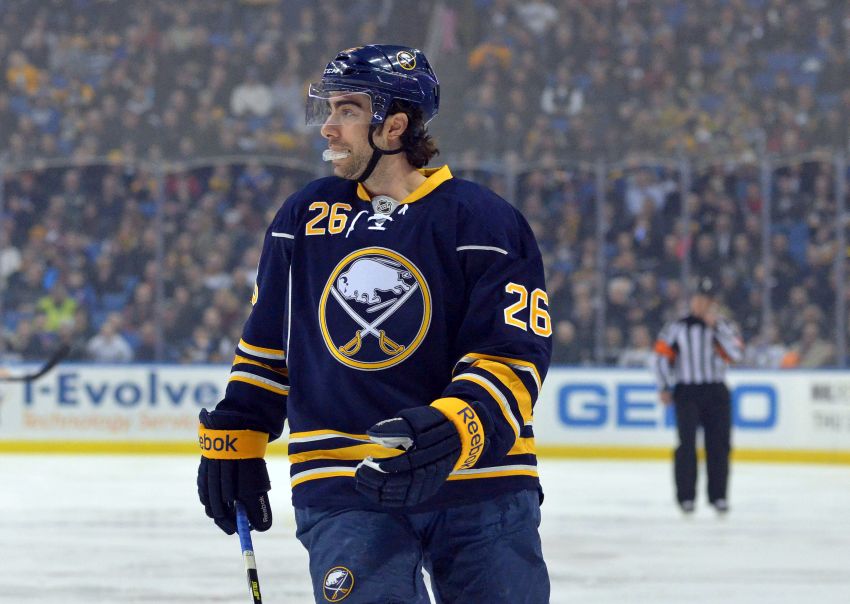 BUFFALO – At this rate, the Sabres might reach the salary floor later today.

The Sabres have added two more pieces, re-signing old friends Matt Moulson, a high scoring winger, and Cody McCormick, a versatile fighter with skill. They traded both to the Minnesota Wild for draft picks in March.

Update: The Sabres have also signed defenseman Andrej Meszaros to a one-year, $4.125 million contract, according to reports.

In addition, the Sabres re-signed winger Marcus Foligno, a restricted free agent, to a two-year, $3.75 million deal, according to CBC’s Elliotte Friedman.

Earlier today, the Sabres inked former Montreal Canadiens captain Brian Gionta to a three-year, $12.75 million deal. They also sent a 2016 second-round pick to Montreal for defenseman Josh Gorges, who has four years and $15.6 million left on his contract.

In Moulson, the Sabres signed one of the top wingers on the market. The 30-year-old has 141 goals and 275 points in 397 NHL games. He had 11 goals and 29 points in 44 appearances after the Sabres acquired him from the New York Islanders in October. He had three straight 30-goal seasons from 2009-12.

Stayed tuned for much more.