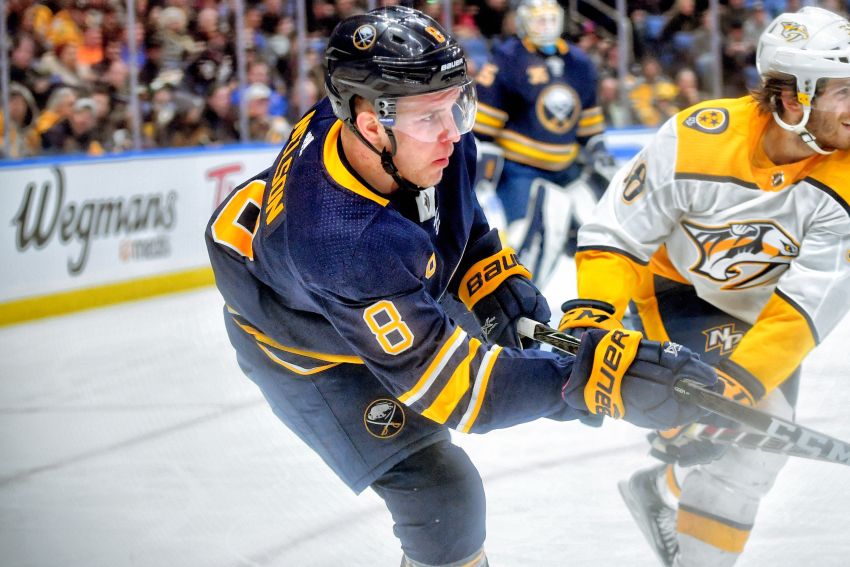 BUFFALO – The Sabres have re-signed defenseman Casey Nelson, arguably their biggest surprise during a dreary 2017-18 season, to a two-year, $1.625 million contact extension, the team announced today.

He would’ve become an unrestricted free agent this summer.

Nelson, 25, exceeded expectations after beginning the season buried on the depth chart. When the Sabres summoned him from the AHL in mid-January, he became the 13th defender to dress for them this season.

The undrafted Minnesota State product compiled three goals, eight points and a minus-14 rating while averaging 18 minutes, 47 seconds over 37 outings this season. With the Rochester Americans, he had two goals, 11 points and a plus-14 rating in 40 contests.

Over parts of three NHL seasons, Nelson has scored three goals and 12 points in 55 outings.