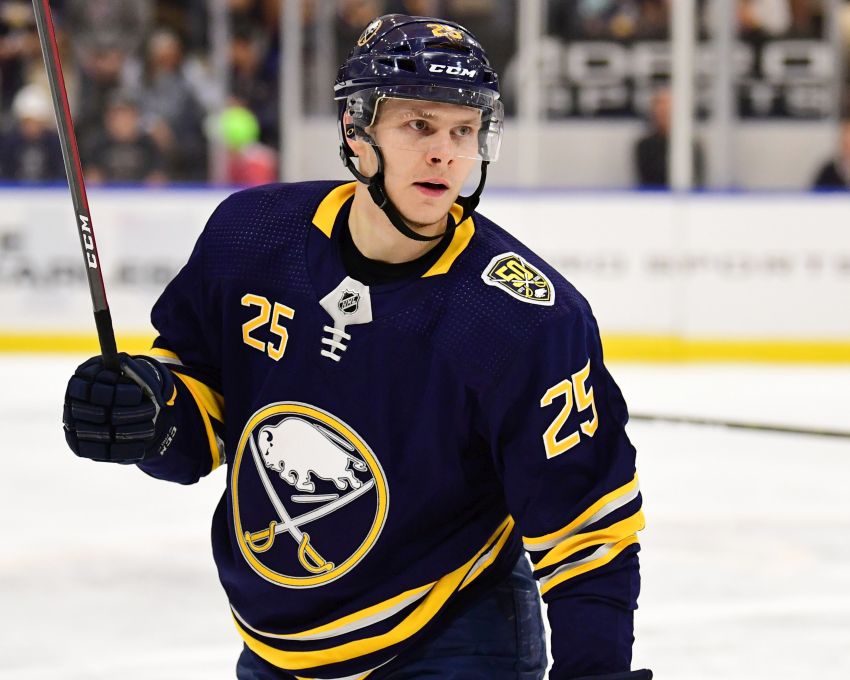 “What we liked is we’re on a player probably before he totally popped,” Greeley said Saturday between sessions of training camp inside KeyBank Center. “I think we might’ve been a little bit ahead of the game, hopefully, in getting him in our organization.”

Over the next several months, the Sabres established a relationship with Ruotsalainen, an unheralded prospect whose play for Team Finland grabbed their attention.

They would contact the youngster or his agent at least once every two weeks. Greeley said he traveled to watch him play at least five or six times.

“A couple one-on-one meetings, spending some time with him, really telling him about the Buffalo Sabres, the resources we had and what we thought we could provide in helping him become an NHL player,” Greeley said of how the Sabres created a relationship.

Their constant communication made Ruotsalainen, who was enjoying a breakout season for Ilves, a Liiga team, feel comfortable and wanted.

So on May 8, the Sabres signed Ruotsalainen, 21, to a three-year, entry-level contract.

“I had a great feeling about the Sabres,” said Ruotsalainen, who compiled 21 goals and 42 points in 59 games last season. “That’s maybe the biggest reason, because they showed that they are truly interested.”

“I always dreamed about playing in the NHL,” he said.

Ruotsalainen’s contract stipulates he can’t be sent to the minors, according to Greeley, so if he doesn’t stick in the NHL, he must return to Ilves this season.

“This is a huge chance for me,” said Ruotsalainen, who will likely receive a long look during camp after participating in the Prospects Challenge earlier this month.

Greeley said: “He’s a young player who played huge minutes, played in all situations and you could see the upside offensively.”

The 5-foot-9, 181-pound Ruotsalainen has a tough task over the next three weeks. He must adjust to the smaller North American ice surface – “You have to skate a lot, you have to be ready all the time,” he said – and impress the Sabres.

“It’ll take a couple games before I get used to playing in a small rink and I can show what I can do on the ice,” Ruotsalainen said.

Not long ago, the NHL probably felt like a far-fetched dream to Ruotsalainen. Fresh off a solid Liiga rookie season with Assat Pori, he struggled in 2016-17, recording just one point in 34 appearances.

“My second season was pretty bad,” he said. “I lost my confidence.”

Ruotsalainen said the miserable campaign forced him to make a stronger commitment to his career.

“I made the decision I want to be a hockey player and I want to be best league as possible,” he said. “That’s where I started to work hard.”

He added: “I made the decision in my head I have to be every day do my best on the ice and off the ice and improve myself. I think if you you do that every day you have a chance to show what you can do.”

“I got a lot of ice time and I played with good linemates,” he said. “I played as much as I wanted last year, so maybe that was the biggest thing.”