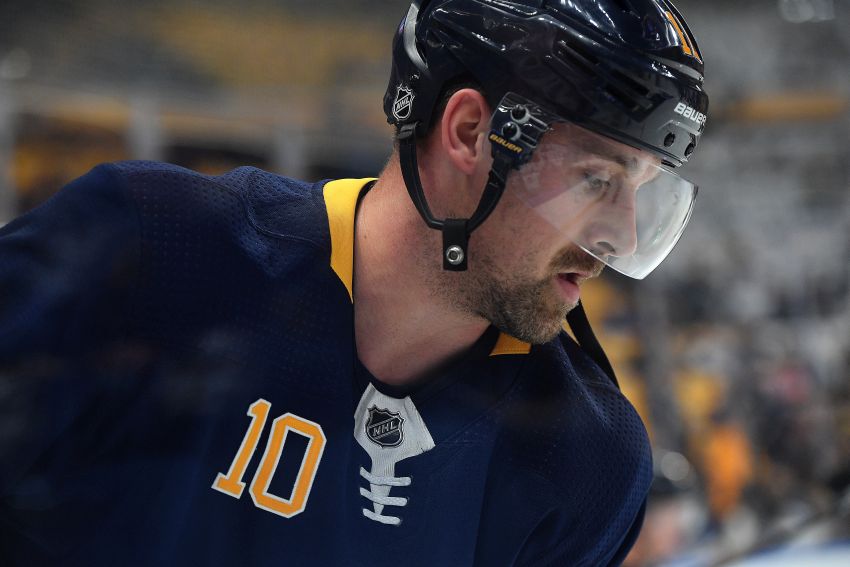 But 16 games into his Sabres career, Berglund, 30, has been a disappointment. So far, the Swede has compiled as many healthy scratches (two) as goals.

Sabres coach Phil Housley said Berglund will be scratched for tonight’s tilt against the Tampa Bay Lightning inside KeyBank Center. He also sat out Oct. 18 in San Jose.

“We got a lot of healthy bodies right now and just trying to get different guys in the lineup,” Housley said. “We’ve changed losing lineups, we’ve changed winning lineups. We have a lot of games coming up here, so we’re just giving guys opportunities.”

Sabres winger Zemgus Girgensons will return after sitting out Saturday afternoon’s 4-3 shootout win against Vancouver. Winger Tage Thompson will also stay in the lineup, the first time he has played two straight games since late October.

Check back later for more on Thompson.

In other news, Sabres goalie Carter Hutton will start tonight, his 14th appearance. Backup Louis Domingue will likely oppose him.

Hutton is 1-1-0 with a 3.79 goals-against average and an .800 save percentage in three career outings against the Lightning.