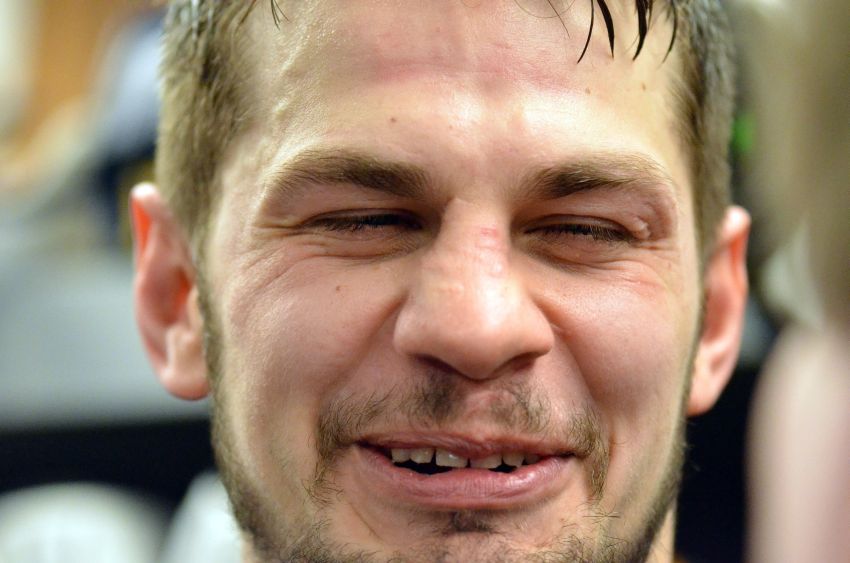 BUFFALO – Sabres agitator Patrick Kaleta said his battle-scarred nose, which “had a bunch of stuff going on with it,” has a different look following his recent surgery.

“I think they straightened it out for me,” Kaleta said this morning inside the First Niagara Center. “My down break left turned into a little fade now.”

Kaleta said his Oct. 10 fight with Columbus’ Jared Boll, seconds after he hit Jack Johnson in the head, was the “last straw” for the nose.

“I’m breathing great now, that’s all that matters,” said Kaleta, who was suspended 10 games for the hit.

The 27-year-old winger had to undergo surgery.

“Even if it was during games, I would’ve found a day to have it and then maybe a day to recoup and I would’ve been back at it,” Kaleta said.

Kaleta took off his full face shield off this week. He’s served nine games and can return Saturday when the Sabres host Anaheim.

Why didn’t he take his case to a neutral arbitrator?

“We’ve had conversations with my agent and the PA,” Kaleta said. “My job now is to come back and be a positive influence for the team.”