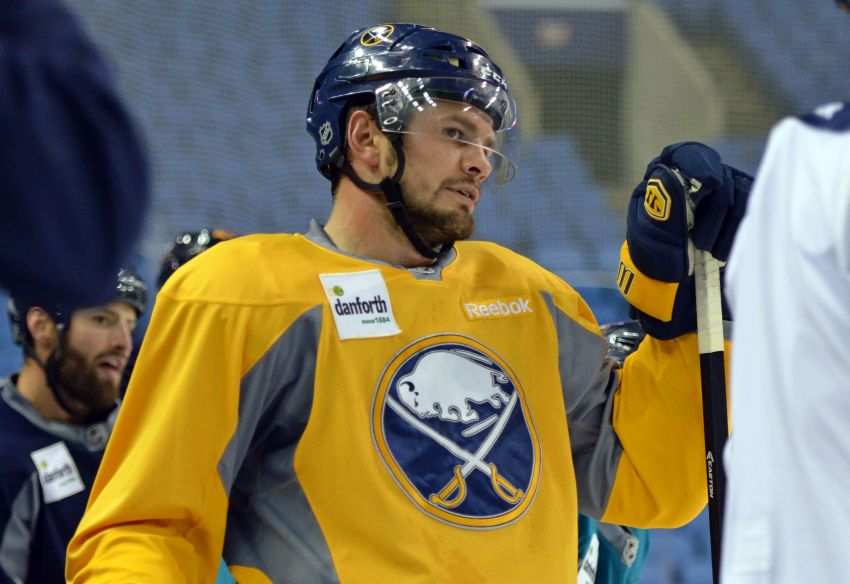 BUFFALO – These days, oft-injured Sabres winger Patrick Kaleta feels “like a new man” after undergoing surgery last month to remove a bone chip from his knee.

The chip – Kaleta said it’s like having a rock in your shoe – hampered the 28-year-old all season, he said this morning. He couldn’t straighten his knee or bend it all the way. Still, he kept playing with it and planned to get it cleaned out after the season.

Sabres coach Ted Nolan added: “It’s always good to see Patty. He brings that boyish enthusiasm to the game, which is contagious.”

In other news, goalie Anders Lindback will make his fifth straight appearance (fourth start) tonight against the New York Rangers inside the First Niagara Center.

Lindback has a strong .914 save percentage with the Sabres.

“He’s been effective,” Nolan said. “He’s really worked on parts of his game that need to be worked on. I think (goalie coach) Arturs Irbe’s done a tremendous job with all our goaltenders this year, especially with Anders since he’s been here. It’s just a progression of watching him get better almost every day. So it’s nice to see.”

Nolan wouldn’t say which defenseman will be scratched tonight. One is either injured or sick. Seven could take the warm-up.