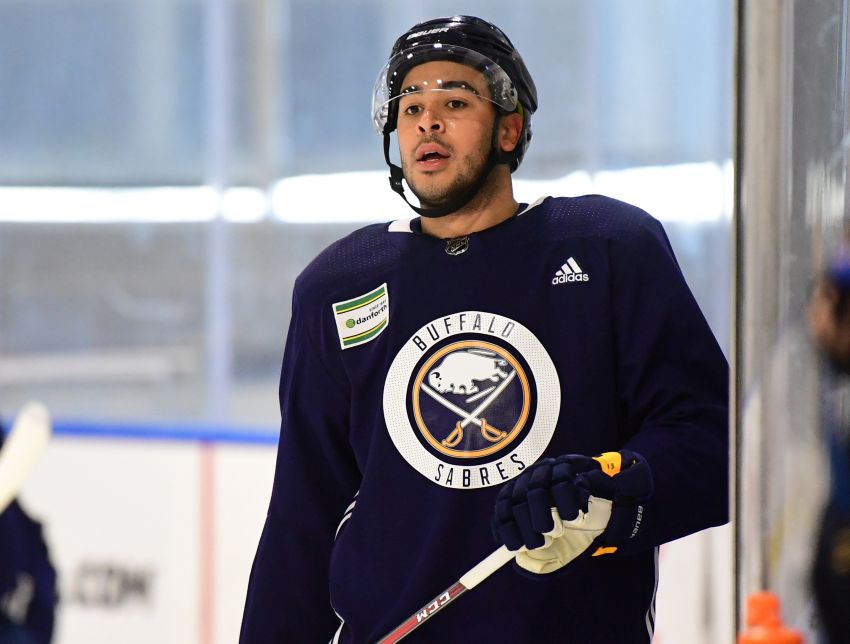 So while Baptiste, having played just 47 games, is an NHL neophyte, the former third-round pick has experienced all sorts of camps.

This year, he said, “has been the most fun camp we’ve had.”

“The jump and the impact the coaches have put forth, and just the mood everywhere is we’re tired of losing, we’re sick and tired of losing,” Baptiste said this afternoon following another session inside KeyBank Center.

Camp, of course, is just two days old. Everything usually feels fresher at the beginning of a season.

But the new energy the Sabres possess is understandable.

The Sabres overhauled the roster during the offseason, making a slew of significant moves, including drafting defenseman Rasmus Dahlin first overall. Many players also embraced general manager Jason Botterill and coach Phil Housley’s challenge to change during the offseason.

“When the drill starts, they’re into it, they’re focused, they’re concentrating,” Housley said. “When they get bumped around, it’s not (responding with a) slash to the back. They understand that everybody’s trying to get better and that’s part of the game. It’s good to see. It’s a really tight-knit group.”

After playing a career-high 33 games last season – Baptiste spent most of the winter in Buffalo – he is fighting for one of the final forward spots with several other players.

Since Baptiste must clear waivers if the Sabres want to send him to the AHL, he has a good chance to stick around.

“I’m becoming a better hockey player because there’s four or five guys butting for the same job I am,” he said. “It’s internal competition that’s going to make everyone better and ultimately make this team better.”

After four injury-plagued seasons, Sabres defenseman Zach Bogosian has switched from No. 47 to 4.

Bogosian, who underwent season-ending hip surgery after playing only 18 games last year, said he had worn No. 4 his entire life before coming to Buffalo.

“Didn’t really like the way that went, so just trying for a fresh start, go back to my youth,” he said.

The Sabres will practice Sunday morning inside HarborCenter before scrimmaging for the first time in camp.