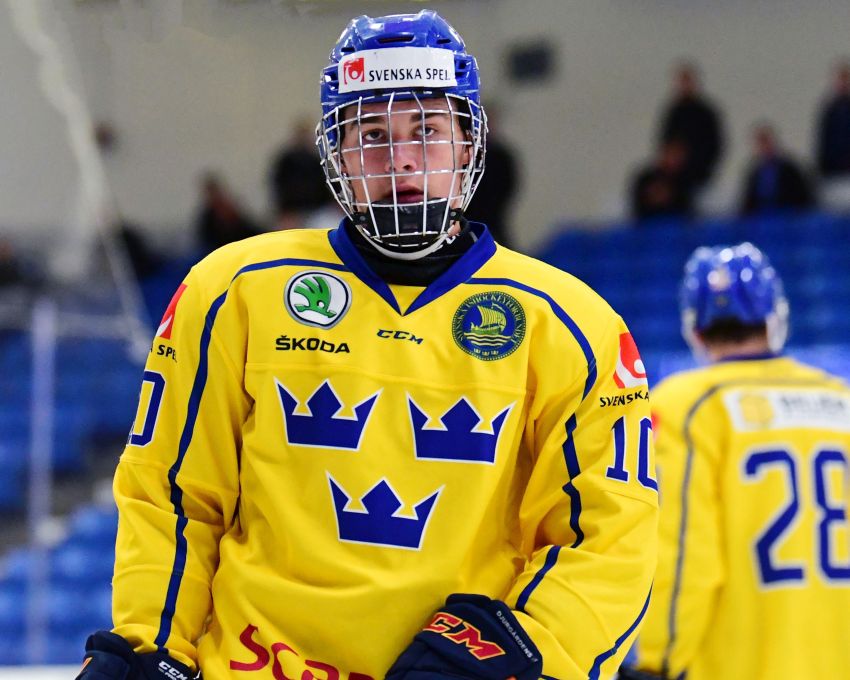 Alexander Holtz could be available when the Sabres pick. ©2020, Lucas Chudleigh, Apollo Multimedia

For the fourth time in the last eight years, the Buffalo Sabres will have the eighth overall pick in the NHL Draft.

The Sabres had just a 6.5% chance for the top pick, the seventh-highest odds in tonight’s NHL Draft Lottery.

So who won the lottery and the right to select ultra-talent winger Alexis Lafreniere? Well, no one did.

A placeholder was chosen in the first spot, meaning another draw will take place at a later date. The eight teams that don’t advance from the playoff qualifying round the NHL plans to hold later this summer will each have 12.5% odds for the No. 1 pick.

This is the eighth straight year the Sabres have a pick in the top eight.

Last year, the Sabres owned the fifth-highest odds and moved back to the seventh pick, which they used to draft center Dylan Cozens.