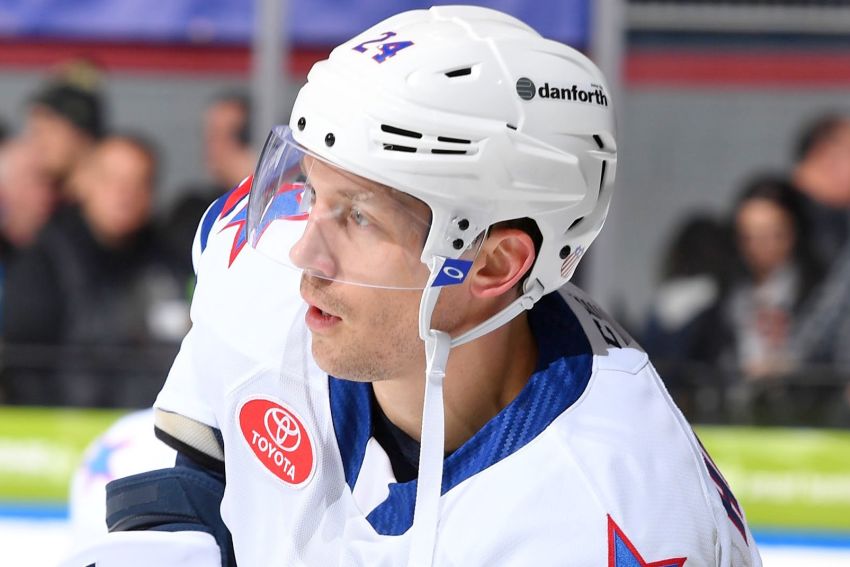 BUFFALO – A lower-body injury will force Sabres defenseman Zach Bogosian to miss this afternoon’s tilt against the Winnipeg Jets, meaning Matt Hunwick will move in for just the fourth time this season.

Hunwick, 33, missed the first two and half months this season recovering from a neck injury. The veteran has been a healthy scratch 18 of the last 19 contests.

Still, Hunwick’s one appearance over that stretch, a 5-4 road win Jan. 29 against the Columbus Blue Jackets, impressed Housley.

“He’s a true pro,” Housley said inside KeyBank Center. “He approaches the game and practices the right way. He comes to work. Obviously, he plays a good, solid game in Columbus and he doesn’t get back in the lineup.”

In other news, Sabres goalie Carter Hutton will start against the Jets, his first nod since getting yanked from a 7-3 loss to the Chicago Blackhawks on Feb. 1.

Following a terrific stretch to open the season, Hutton has struggled a bit.

“He’s maybe attacking it too much, really trying to get out on his angle instead of trying to letting the puck hit him like they were,” Housley said. “When he’s on his game, there’s not a lot of rebounds, he squeezes up everything. We got to do a good job in front of him. He hasn’t had a lot of run support when he played.”

The rest of the lineup will remain the same.