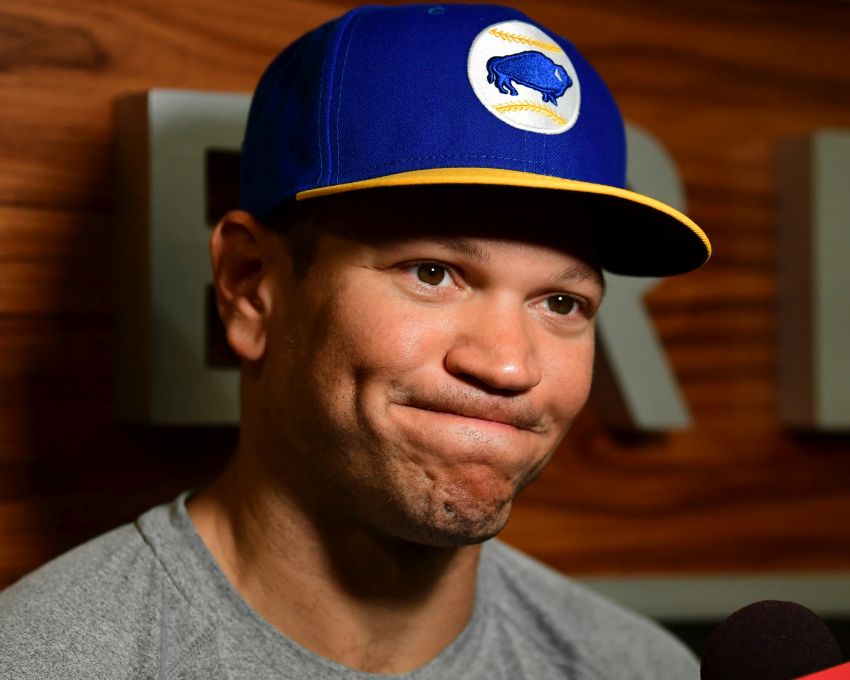 BUFFALO – Winger Kyle Okposo is out indefinitely after suffering another concussion Saturday, the Sabres announced this afternoon.

Okposo has a scary history of concussions. This is at least his fourth since he joined the Sabres. After suffering one late in 2016-17, he was hospitalized in intensive care.

In the second period of Saturday’s 4-2 win over Ottawa, Okposo, 31, jumped off the bench and collided with Senators defenseman Ron Hainsey. Okposo got up, skated to the bench and left the game.

The Sabres also announced this afternoon winger Tage Thompson is out three to five weeks after suffering an upper-body injury Sunday in Chicago.

Thompson, who was recalled earlier in the day, left the 4-1 loss to the Blackhawks in the final minutes favoring his right arm or shoulder.

According to the team’s injury reports, defenseman Zach Bogosian (hip) and centers Marcus Johansson and Johan Larsson (both upper body) are day-to-day.