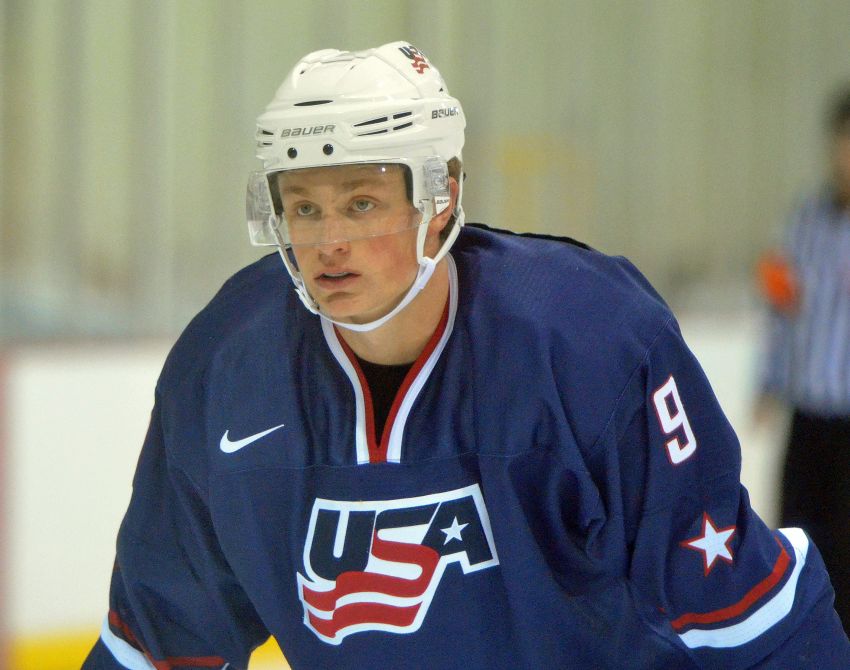 Get ready to see No. 9 jerseys all over Buffalo. Sabres star Jack Eichel changed his number today, switching from 15 to the digit he wore at Boston University.

Eichel announced his new number on Instagram, first posting a picture of himself skating in a Sabres jersey with an emoji covering his back. The center later posted a photo with the No. 9 showing and the words, “New season, new number.”

No. 9 has been available since the Sabres traded Evander Kane in February.

“For a long time, the number nine has always been a part of my identity as both a person and as a player,” Eichel said in a statement. “The opportunity opened up to switch and I felt it was the right time to make the change as I begin the next phase of my career as a Sabre.”

Eichel will be the 19th player to wear the number in team history, according to hockey-reference.com. Before Kane, Steve Ott and Derek Roy had it. The first Sabre to sport it was Reggie Fleming.

Believe it or not, Rick Martin, whose No. 7 is retired by the Sabres, wore 9 in 1973. The most popular Buffalo player to wear No. 9 regularly is probably Rick Dudley.

Eichel has also worn No. 9 in some tournaments for Team USA.

Now get ready to see a lot of old Eichel apparel marked down.

Fans with an officially licensed No. 15 Eichel jersey can receive a $49 credit toward a new adult No. 9 Eichel jersey or $29 toward a youth jersey starting Monday at the Sabres Store inside KeyBank Center. 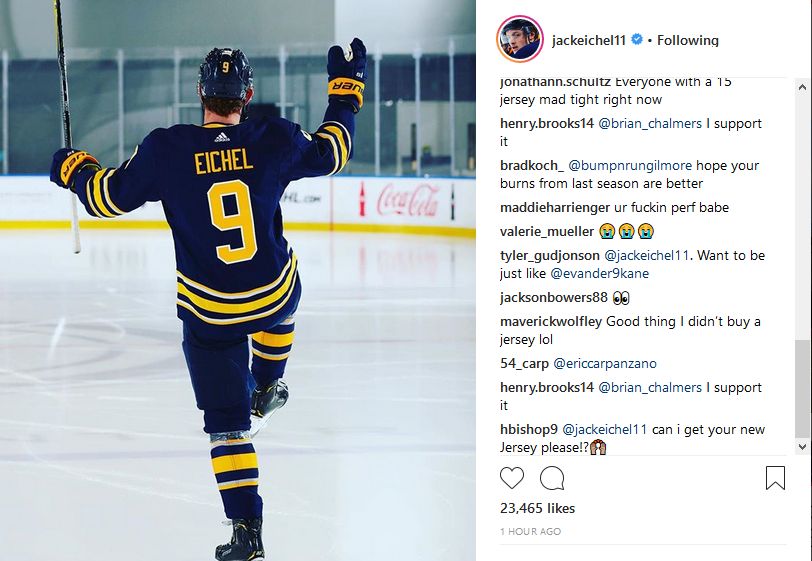 One thought on “Sabres’ Jack Eichel switches to No. 9”