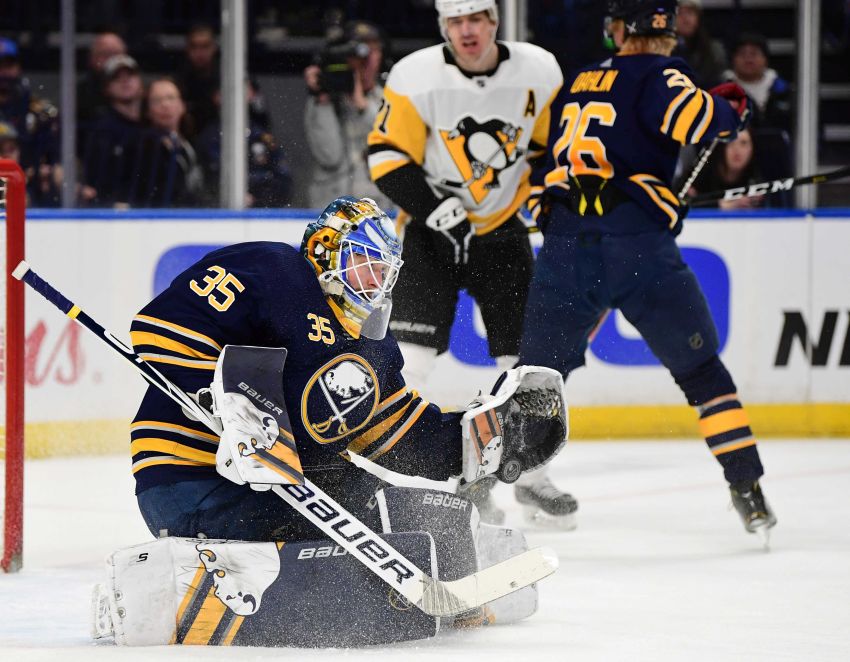 Ullmark, 25, was terrific all night, especially early as the Pittsburgh Penguins pumped 33 shots on him in the opening 40 minutes.

Fresh off that outing, it seemed like Ullmark might earn a well-deserved night off against the Maple Leafs.

“We just felt the play of Linus last game deserved to get him back in the net,” Housley said. “He played well when he was in net here last time.”

This will be the first time Ullmark has started games on back-to-back days this season.

The Sabres will make one lineup change tonight, inserting defenseman Marco Scandella, who missed Friday’s game with an upper-body injury, for Matt Hunwick.