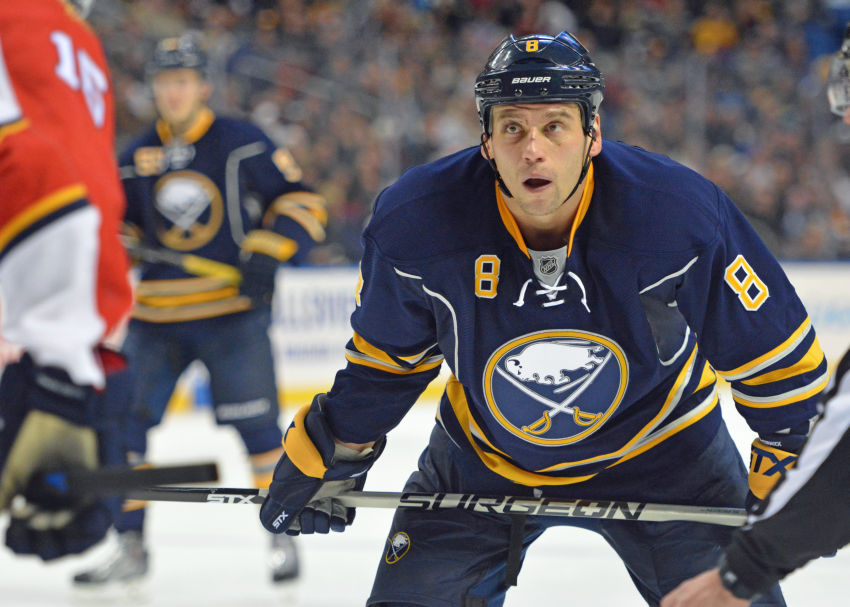 BUFFALO – Almost a year after Cody McCormick developed blood clots that spread to his lungs, the rugged Sabres forward has a new routine.

Most mornings, long before his teammates practice, he’s on the First Niagara Center ice helping rehab coordinator Dennis Miller work with two or three injured players. McCormick then hangs around the rink for bit, works out and heads home.

Of course, McCormick, 32, understands there’s a risk if he resumes his career. That’s why the likable veteran has been researching his condition and seeing doctors who have experience dealing with blood clots in athletes.

“I want to evaluate how much risk there might be to playing,” McCormick told the Times Herald by phone Thursday. “And if there’s any risk, it’s not worth it for me to try to play with where I’m at in life and put my family in the position where they would worry about me every game.”

A lot of people, McCormick said, have told him he probably shouldn’t play.

“I’m just not really ready to believe it yet,” said McCormick, who blocked a shot Jan. 3 and played three more games before a CAT scan found clots had spread from his calf.

But sooner or later, McCormick, who hasn’t played since Jan. 9, must decide his future. He’s in the second season of a three-year, $4.5 million contract. How long will he wait?

“I haven’t really thought of that,” he said. “When that decision comes, I guess it’ll be well-thought, because it’s almost been a year now. I guess that’s looming.”

Earlier this week, blood clots forced popular Pittsburgh winger Pascal Dupuis to retire. Family concerns, Dupuis said, were the deciding factor. McCormick, who has three children, said he spoke to Dupuis in the summer and shares his feelings.

McCormick said his wife, Alyssa, is “is in the same boat.”

“She’s been my support system coming home every day,” he said. “She just wants to know all the facts on everything before I even think about playing, if I could play. My kids are at an age where they don’t want to see their dad go out the door and be gone for a week at a time on road trips.”

Naturally, McCormick misses those road trips. The NHL lifestyle he lived for 11 seasons has mostly vanished. Sure, he’s around his teammates. But seeing them experience the highs and lows and of winning and losing without him is difficult.

“You’re not a part of it, right?” he said. “That gets to you. You go from traveling everywhere, playing in all these rinks and then it just stops. It’s not the same lifestyle that I was doing.”

At times, McCormick thinks he can play when he’s watching a game.

“But family’s more important, obviously,” he said. “You think a lot, I guess.”

Additional family time has been one silver lining for McCormick throughout his absence. He experienced Halloween with his children this year. The buildup to the holidays has also been special.

“My kids are at a great age to enjoy everything,” he said.

One thought on “Sabres’ Cody McCormick waiting to resume career”