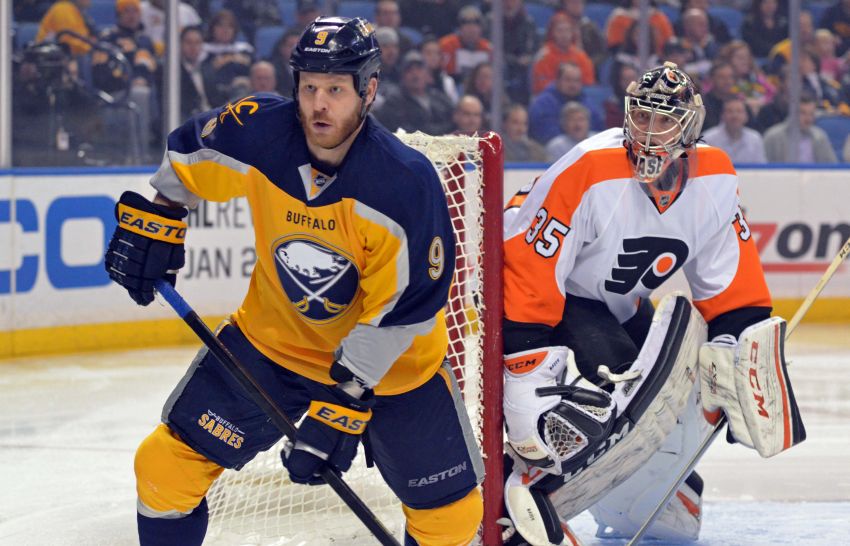 BUFFALO – The hospitality Steve Ott and his family have experienced from the community has been incredible, the captain said. Win or lose, the locals still love their Sabres.

Of course, the Sabres have done a lot of losing during Ott’s first year here.

But the 31-year-old, an unrestricted free agent following the season, wants to stick around.

“I can only imagine what it would be like to go from where we are now to have success, and that’s something that I’ve always wanted that,” Ott said Friday inside the First Niagara Center. “It’s easy to go somewhere where you’re already having success. But that’s a different feeling when you start here and see the rise and see the change. I don’t think we’re that far away.”

What makes Ott say that?

He’s experienced both sides of ownership. In his Dallas days, the Stars went bankrupt, morphing from a perennial contender into an also-ran. He’s confident Terry Pegula’s ownership will do “whatever it takes to put a product on the ice.”

“I know the Pegula family,” he said after the Sabres prepared for tonight’s home tilt against the Columbus Blue Jackets. “You’re always a few players away from being a significant team in the NHL. It’s a small, finite number of depth guys that you bring in and everything changes. I think here you have building blocks with great young players coming.”

Ott feels he has “a lot of years left in my career.” He’s excited about the Sabres’ new regime, including interim coach Ted Nolan, who loves Ott’s leadership. He hasn’t had any contract talks yet, however.

“You throw that respectable group in and it’s easy to come work every day and put the jersey on and play,” Ott said.

That jersey has had a ‘C’ stitched on it since the Sabres traded Thomas Vanek, who briefly split the captaincy with Ott, on Oct. 27.

Being a first-time captain “has been a blast,” Ott said. The winger only wishes the Sabres were winning more.

“To be looked upon and try to gain respect from your teammates … even through a difficult season, I’ve had a lot of fun,” said Ott, who’s usually smiling and cracking jokes with those teammates.

Ott’s having fun playing his usual rugged and tenacious style – “You never know when your last game is,” he said – something he hopes will rub off on the Sabres.

“That’s kind of how I approached the whole thing is I want to be somebody that somebody would grab something valuable from,” Ott said. “Hopefully, I’ve done that.”

Ott’s approach is wearing off. During a huge penalty kill in overtime of Wednesday’s 4-3 shootout loss in Toronto, Matt Ellis leaned over to new teammate Zenon Konopka.

“I said, ‘Steve’s one of those guys you don’t get a full appreciation for what he brings to the team and what he does on a night-to-night basis until you’re suiting up game after game with him,’” Ellis told Konopka. “He’s an absolute warrior. He’s a great leader. He’s done a great job keeping guys engaged in what’s going on here, keeping the room upbeat, keeping the accountability level high.”

Ellis added: “He’s the definition of what a captain should be.”

Nolan called Ott a “competitive son of a gun.”

“So I think you put all those things together that’s what makes him a great captain.”

One thought on “Sabres captain Steve Ott wants to remain in Buffalo, believes rebuilding team not far away from contending”