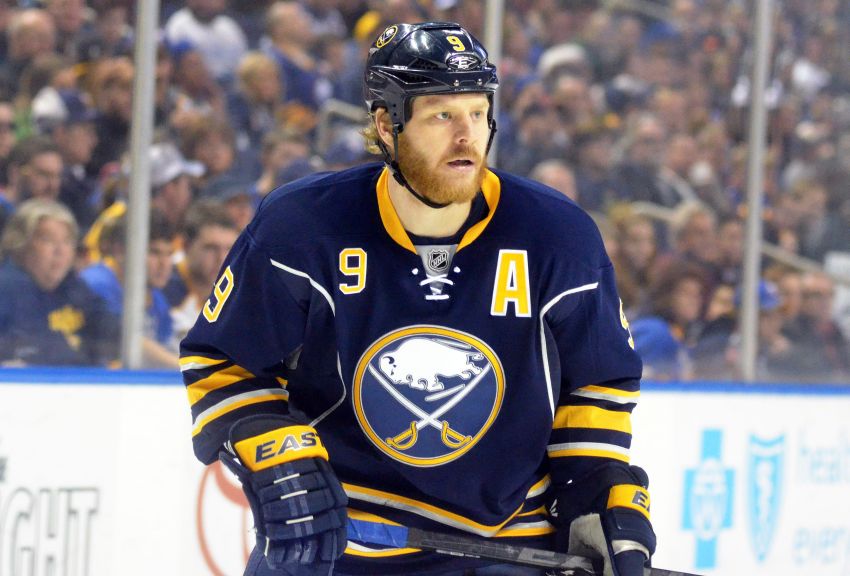 BUFFALO – What’s left for the Sabres now? Three meaningless games, that’s it. With their slim playoff chances smothered Friday, starting with tonight’s home contest against the Winnipeg Jets, the Sabres are skating for pride and hoping to play a spoiler role.

As senior advisor Ken Sawyer, owner Terry Pegula’s close confidant, watched closely from the stands, a rarity, the Sabres practiced quietly Sunday for the first time since an ugly 8-4 loss to the New York Rangers eliminated them.

Normally, their shootout drills are filled with cheering and hollering as they close sessions. Sunday, however, almost no one uttered a word.

“Mentally, I guess just a real tough practice, just kind of going through the motions,” Pardy said inside the First Niagara Center.

Pardy added: “It’s never easy. You talk to any team that’s been out of the playoffs for the last couple weeks, they’ll tell you how hard it is to come to the rink and play these games knowing you have no chances at (the) playoffs. For a hockey player, it’s pretty tough mentally.”

“Now it’s playing for pride and playing for the passion of the Buffalo Sabres organization,” Ott said.

“You play this sport to get in the playoffs to get a chance at the Stanley Cup,” Ott said. “You know what it is? It’s that old cliché of being bigger, faster, stronger, and you got a lot of time now to make sure that you start changing your ways and prepping for the future.”

In the meantime, Ott would love to dash ninth-place Winnipeg’s playoff chances. The Jets, who trail the Rangers by three points, have beaten the Sabres both meetings this season, most recently 4-1 on April 9 in Winnipeg.

“You can say jealousy breeds a little bit of frustration, and if they have a chance at this, we can possibly knock them off (tonight) and (make them) feel the same way that we feel,” Ott said. “Personally and pride way, I would like to do that to another team so they have the same feeling.”

The chance to be a spoiler, Ott said, will generate “easy energy.”

“I would be completely disappointed in ourselves if we didn’t show up and have our A game, not only for our fans, but for the pride of wearing that jersey,” he said.

Naturally, with the Sabres out of the postseason for the second straight season and fourth time in six years, players have started lamenting some lost opportunities.

The Sabres have 14 one-goal losses. They went 3-9-2 against the Southeast Division, by far the NHL’s worst group of teams. That includes two losses to hapless Florida, which has 13 wins all season. On Feb. 3, the Sabres blew a two-goal lead at home and lost to the Panthers 4-3.

“There’s so many things you can say for ‘What if?’” Pardy said. “But you’re going to drive yourself crazy doing that. There’s a lot of games during the year we didn’t play as well as we should’ve.

“Obviously, we’re going to look back at those in the summertime and wonder, ‘What if we worked a little harder? What if we were a little sharper that night? What if we didn’t give up that late goal?’ …

“You don’t realize early in the season, those games, come the end of the year those points are going to count. You got to look at that and realize you can’t take a night off. You can’t relax for one shift and just think, ‘Ah, it’s going to be an easy game.’ Or, ‘We’re playing a weaker team like Florida. We don’t have to go as hard tonight,’ and you end up losing the game. And then you miss the playoffs by two points.”

Ott, who oozes positive energy, fully expected to make the playoffs. This lost season hasn’t shaken his strong belief in the Sabres.

“I truthfully believe in the organization from the ownership all the way down,” Ott said. “The ship is going to be right here. We’re going to be moving forward.”

If the Sabres want move Ott, the 30-year-old would bring them a nice return. He wants to stay, though.

“I’ve truly enjoyed being a Buffalo Sabre,” Ott said. “Obviously, (that’s) left in management’s decision on what they want to do future-wise with everything. But I obviously want to be part of the solution and not the problem.”