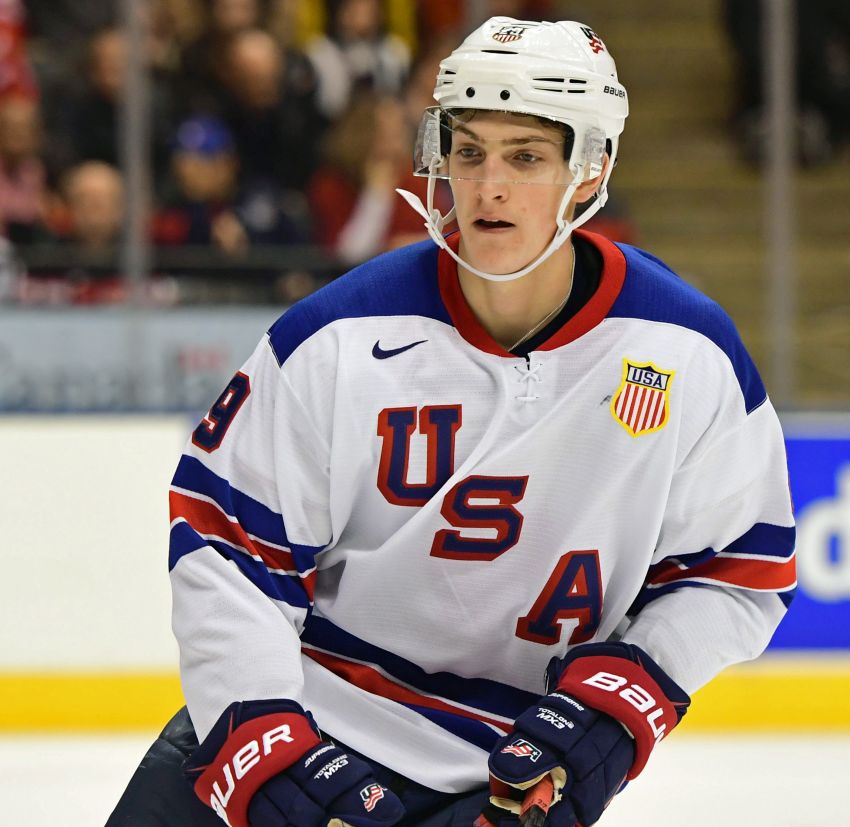 His father, Brent Thompson, played for five teams after Tage was born in 1997. He also coached four others before Tage left to attend UConn.

So Tage Thompson crisscrossed the United States. He was born in Phoenix. His father played for minor league teams in Hartford, Louisville, Hershey, Colorado and Providence. He coached in Peoria, Alaska, Bridgeport and in New York with the Islanders.

Tage Thompson, 20, said when he attended Pioneer High School in Michigan as a junior, it was his ninth school. By then, Thompson was playing for Team USA’s National Under-18 squad.

“Almost a new school every year, so I’ve moved around quite a bit,” he said Monday on a conference call. “I’m not sure how many states I’ve lived in.”

The 6-foot-5, 201-pound Thompson, the 26th overall pick in 2016, believes he has a terrific opportunity with the Sabres, whose general manager, Jason Botterill, apparently insisted he be included in the package.

“It’s just a really good fit for me,” Thompson said. “Obviously, they’re a really young team. St. Louis, they rely on more of their veteran guys. I was pigeon-holed in a sense, didn’t really get to play a lot, play the game I like to play.

With the Blues as a rookie last season, Thompson played short minutes and shuttled between St. Louis and its AHL affiliate, the San Antonio Rampage, scoring three goals and nine points in 41 NHL appearances.

Thompson should have a large role with the Sabres, possibly on the top two lines.

“They believe in my abilities to produce offense and they’re giving me that opportunity to slide into the top six and help create offense,” he said. “I think you play better when you have confidence and just them giving me this has given me a ton more confidence.”

“I play better when there’s more pressure, when I’m relied on a little more,” said Thompson, who compiled 33 goals and 64 points in his 70-game NCAA career. “It was that way for me at UConn for those two years there and I really feel like I thrive under pressure.”

Thompson said he’s a “big power forward” with a “knack for making plays.” His wicked shot, which the Sabres could utilize for one-timers down low on the power play, is a huge asset.

Some familiar faces should help ease Thompson’s acclimation. In addition to Berglund and Sobotka, the Sabres also signed former Blues goalie Carter Hutton to a three-year contract on Sunday.

“Those guys will definitely make the transition even easier than it already has been for me,” Thompson said.

“Carter’s awesome, he was great with me in St. Louis,” Thompson said. “He’s a real funny, down-to-earth guy. He was really helpful with me. (I could) be a little nervous at times, he kind of helped me calm down, a good guy to talk to. He’s very competitive and an unbelievable goalie.”