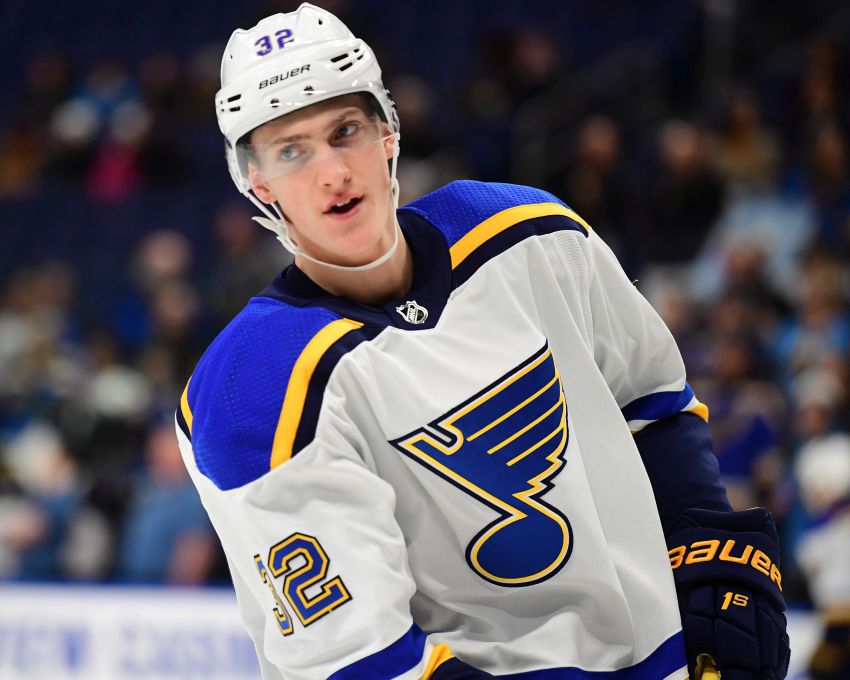 Tage Thompson moved around a lot growing up. ©2018, Hickling Images

His father, Brent Thompson, played for six teams after Tage was born in 1997. He also coached four others before Tage left to attend UConn.

Tage Thompson, 20, said when he attended Pioneer High School in Michigan as a junior, it was his ninth school.

“Almost a new school every year, so I’ve moved around quite a bit,” he said this afternoon on a conference call. “I’m not sure how many states I’ve lived in.”

The 6-foot-5, 201-pound Thompson, the 26th overall pick in 2016, believes he has a terrific opportunity with the Sabres.

“It’s just a really good fit for me,” he said. “Obviously, they’re a really young team. St. Louis, they rely on more of their veteran guys. I was pigeon-holed in a sense, didn’t really get to play a lot, play the game I like to play.

Thompson said he’s a “big power forward” with a “knack for making plays.”