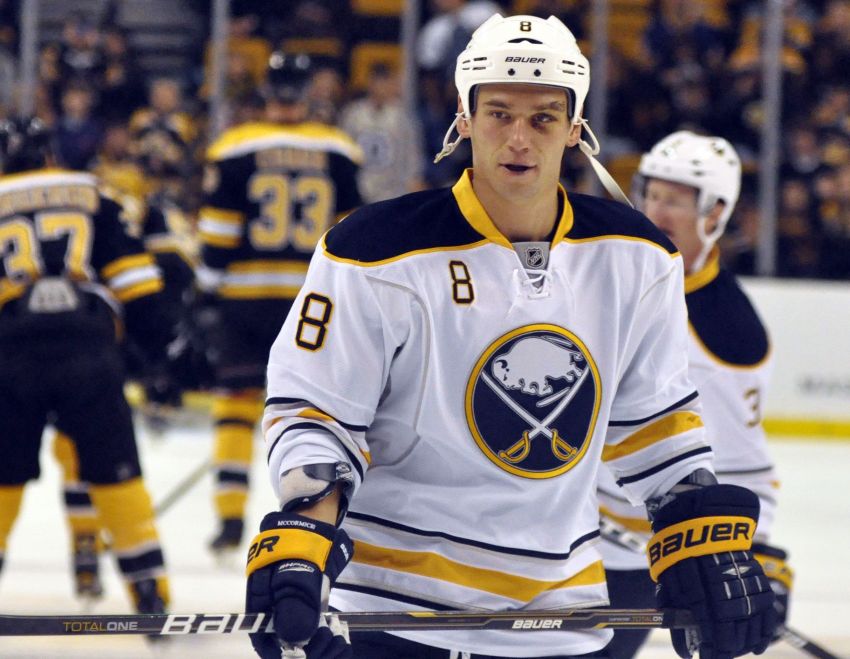 AMHERST – Of course, the NHL’s fifth round of cancellations – games from Saturday through Dec. 30, including eight more Buffalo Sabres contests – was only a formality. The league had been expected to axe more games after collective bargaining negotiations with the NHL Players’ Association imploded last week.

Still, knowing something will happen doesn’t always soften the blow.

“It’s terrible,” Sabres forward Cody McCormick said about the cancellations Monday after skating inside the Northtown Center. “We wanted to play an 82-game season back in October, and when they keep canceling games, it’s awful. Nobody likes to see it, from the players to the fans. We want to play. The more games the better.”

Realistically, 87 days into the lockout, if the sides can settle in the next week or two, a schedule of around 50 games could begin in early January. Forty-eight games, the number the NHL played in the lockout-shortened 1994-95 campaign, has been talked about frequently.

That season began Jan. 20, nine days after the lockout ended, and stretched to May 3 with a schedule featuring only conference opponents. It’s believed the NHL doesn’t want to play regular-season games that late again, however.

Some observers found it curious the NHL didn’t cancel games through Dec. 31. While the schedule will have to be redone completely, perhaps the league wants to leave the door open for a New Year’s Eve opening night.

Whatever the case, McCormick thought Monday’s cancellations were “an unnecessary move.” The NHL had last canceled games through Dec. 14.

“I’m still optimistic something can get done,” McCormick said about a new CBA. “ … I think there’s still a chance for a season. By eliminating games, I don’t understand how that can get anybody back to the table where things are actually getting done.”

There’s some good news, however. The NHL and the union could meet again later this week, according to several reports.

For as spectacularly as talks dissolved Thursday – commissioner Gary Bettman shook with anger as he pulled the NHL’s latest offer and chastised NHLPA executive director Don Fehr – many believe the sides are still close to a deal.

“There’s things in the way that can be resolved,” McCormick said. “I think both sides have to realize that, and when they say they want to take everything off the table, that’s not getting anything done.”

Defenseman Jordan Leopold, the Sabres’ union representative, said, “You stay cautiously optimistic all the time,” a mantra he’s been repeating for months.

“You never know what’s going to happen,” Leopold said. “These negotiations have been anything (but) normal. We could’ve been playing hockey a long time ago.”