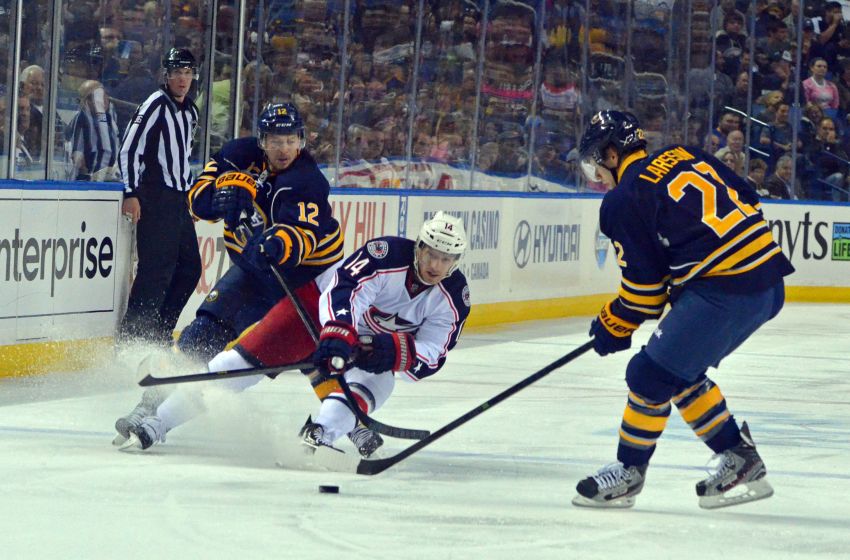 BUFFALO – Kevin Porter cleared waivers today and will go to the Rochester Americans, where the center starred last season before the Sabres summoned him in February.

With forward Cody McCormick returning from a two-game absence tonight after blocking a shot last week, the Sabres created room on the 23-man roster by waiving Porter on Thursday.

The 27-year-old was pointless in nine games this season and had been scratched twice.

He captained the Amerks last season, compiling 15 goals and 44 points in 48 games. The Sabres recalled him Feb. 20, the same day they promoted coach Ron Rolston from their AHL affiliate.

His presence puts the Amerks over the veteran limit, according to the Rochester Democrat and Chronicle’s Kevin Oklobzija, meaning they’ll have to sit an experienced player.

The Sabres play the Panthers tonight in Florida. The Amerks, meanwhile, have a road contest against the Hamilton Bulldogs.

In other news, John Scott has a 10 a.m. in-person hearing Thursday in New York for his headshot on Boston’s Loui Eriksson on Wednesday, according to Sportsnet’s John Shannon. The NHL has suspended the tough guy indefinitely. The Sabres face the Rangers the same day.