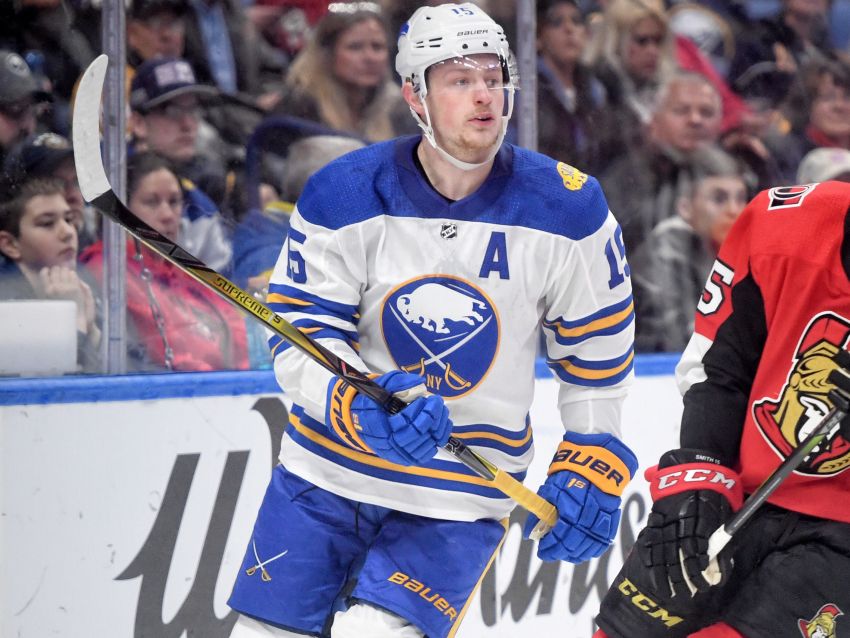 This morning, however, Eichel, 21, acted like a leader discussing the Sabres’ 31st-place finish, a season much worse than a year ago. He answered every question thoughtfully, even passionately. He looked every questioner in the eye.

“I’ve figured out a better way to communicate with you guys, for sure,” Eichel said as the Sabres held exit interviews inside KeyBank Center. “We talk every day. We might as well make our relationship a good one. I think last year I was frustrated, bitter, a bit upset. Not at you guys at all. But at the way things went.

That starts with being ready in September. Housley’s first camp featured lots of teaching. In five months, he plans to be a lot tougher on the Sabres.

The Sabres endured a brutal start this season, losing their first five games. They never recovered.

In other news, Sabres goalie Robin Lehner having a second opinion done on his lower-body injury and unavailable to talk today.