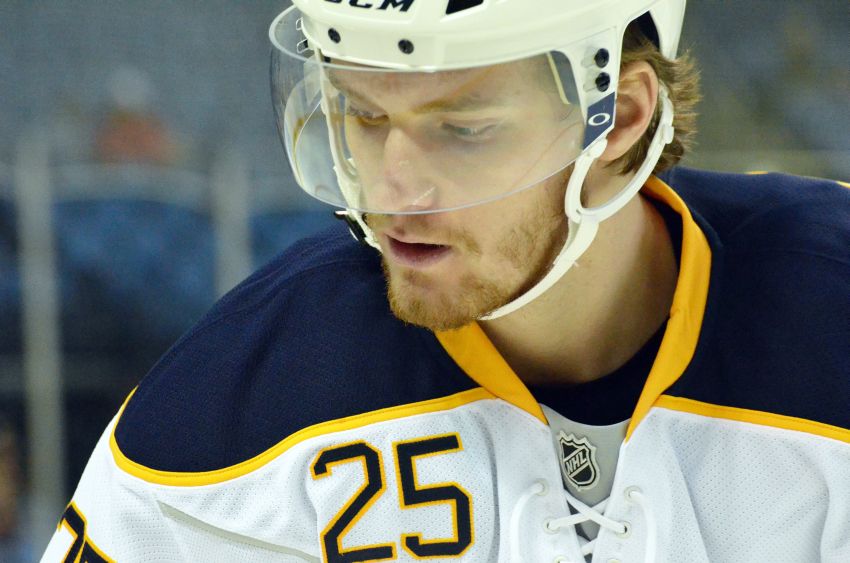 BUFFALO – When the Sabres’ skate ended this morning, coach Lindy Ruff called his team together at the bench and told his players what general manager Darcy Regier had just said to the media minutes earlier: 18-year-old rookie Mikhail Grigorenko would be staying in the NHL.

Teammates then tapped their sticks in appreciation. A few even gave Grigorenko, who’ll play his sixth NHL game tonight against the Toronto Maple Leafs, a face wash.

This wasn’t an easy decision, Regier said. The first year of Grigorenko’s three-year, entry-level contract will kick in tonight.

An 18-year-old hasn’t played regularly for the Sabres since Pierre Turgeon in 1987-88.

But the Sabres felt the reward outweighed the risk.

Here’s more on the decision:

On what went into the decision:

“The ability to continue his development in conjunction with his ability to help us win hockey games.”

On Grigorenko playing well while skating a career-high 17:10 on Sunday:

“I think it did a lot of for his situation. One of the things with young players and their ice time is their ability – I’ll give you the negative twist – is not to be a liability because that in turn gets them the next shift. And to the extent they’re not scored on, they’re not giving up chances, they gain the confidence of the head coach. …

“When you can combine that with contributing offensively, at least on the chance side, and although the points aren’t there, we think that will come.”

On how using a year of his contract factored in:

“It weighed in a bit. It’s always part of the decision. It’s interesting because with the lockout, with this decision, if we had made it back in September, he would’ve returned to junior. His game has come a long way since September.”

“I think it’s a really good step in my career. I will do everything to show people they made the right decision.”

On if it’s a relief to be staying:

“It’s really good to know that I’m staying with the team. Probably I can focus on the hockey now and not think about all those things.”