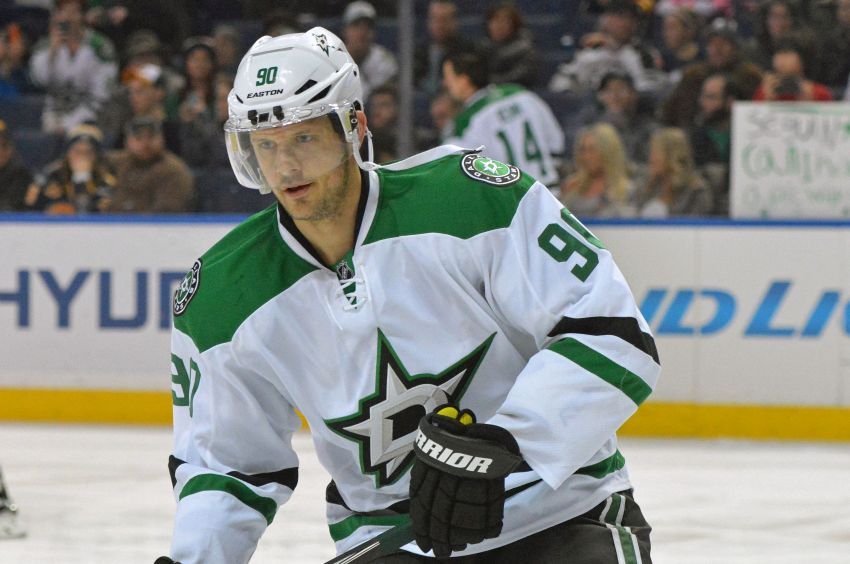 At the height of the fierce post-lockout Sabres-Senators rivalry, Ruff sent Adam Mair on the ice to jump Spezza, a move that helped ignite the infamous 2007 brawl between the teams after Chris Neil leveled Sabres co-captain Chris Drury.

“We talked about it,” Ruff, who was fired as Sabres coach two years ago, said Saturday prior to the Stars’ 3-2 loss inside the First Niagara Center, “and he said, ‘You sent those guys out there after me, and I said, ‘Yeah, I did.’ I admitted it. I … got fined for it, so I admitted it again. I said I’d send him again.”

Spezza has learned a lot about Ruff’s competitiveness and sense of humor.

“He’s very disciplined in how he teaches the game,” Spezza said. “He demands a lot from you, but he has a softer side to him, too, where he’s really family-oriented, he knows a lot about every guy on the team. He lives and breathes hockey, you can tell.”

Spezza’s one of several high-scoring stars in Ruff’s arsenal. Despite all of the talent, the Stars struggled early in the season, losing seven straight contests in October. They began Saturday 23-20-8, last in the Central Division and five points out of the wild card spot.

The Stars have scored 160 goals but allowed 165 thanks to some wonky goaltending from Kari Lehtonen and Anders Lindback.

“We got caught up with a little bit of trying to play some high-end offense at the start of the year that really cost us,” Ruff said. “We didn’t really get locked into a real good style of play until maybe December, where we’ve played some real good (hockey) on a nightly basis, but we’ve dominated some teams and haven’t come out on the winning end.”

Ruff keeps tabs on the Sabres, who gutted their roster and started a long rebuild shortly after he was fired. He still has a home in Clarence. His son, Brett, works for the Sabres.

“We have conversations all the time,” Ruff said. “It’s a team you’re always checking up on. When you see them win, I’m happy for him. He works here and he cares about this team, which he should. I think he feels the pain as much as anybody. But I think at the end of the pain they’ll be some gain.”

“I’ve gone through some tough ones, gone through seven-, eight-game ones here, which once you get past two or three, you wonder when it’s going to end,” he said. “It’s a hard place to be.”

Ruff’s second trip back to Buffalo was different than his first. The Sabres and the fans honored Ruff, who coached here 16 years, early last season.

Zadorov has struggled in recent weeks, becoming a healthy scratch after earning regular duty throughout November and December. He sat out Thursday.

Meanwhile, center Marcus Foligno (hand) will likely return from a 19-game absence this afternoon against the New York Islanders. He hasn’t played since fighting Boston’s Matt Bartkowski on Dec. 21. Nolan said Foligno will definitely return by Tuesday, when the Sabres host Ottawa.

The Sabres tried something different Saturday to help their NHL-worst power play, moving winger Matt Moulson to a point position. Moulson’s known for his net-front presence, but he said he manned a point in college.

Ruff on the new HarborCenter facility next to the First Niagara Center: “Incredible. I think this is a facility and a setup the rest of the league would be envious of having, where you can walk next store and practice next door.”