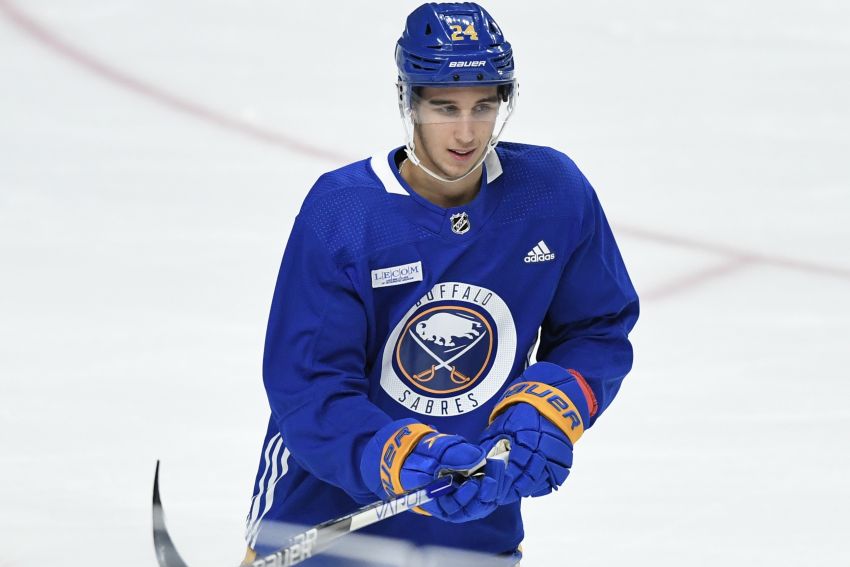 BUFFALO – As the Sabres made their picks at the recent NHL Draft, coach Don Granato said he was texting with some of his players, including an excited Dylan Cozens.

Cozens, 21, told Granato “how awesome” it was watching the Sabres add more talent. The center would quickly research their latest selection.

Granato texted Cozens a simple message: “These are the guys you’re going to be mentoring.”

“And his reply back right away back was, ‘I’d be honored to,’” Granato said Saturday inside LECOM Harborcenter after the team’s development camp ended.

Following the draft, Granato said Cozens called him and said he would be coming to camp.

“He wanted to be here,” Granato said.

So on Thursday, Cozens, who’s entering his third NHL season, drove in from out of town and watched the on-ice sessions with the team’s brass and interacted with the prospects.

“It’s good for Dylan,” Granato said. “We all know in this organization that Dylan is a leader and can be a leader. And now he’s got more NHL experience and he wanted to lend a little bit of that.”

Granato knows how much Cozens’ presence meant to the youngsters.

“He didn’t come in here for him,” he said. “He came in here and wanted to be under the radar and let these guys know, ‘Hey, we’re paying attention to you. We want you to be successful, too, as successful as you can be.’”

“When you have experienced guys that have played games in the NHL still being around the young guys, still going through training camps like this, it’s definitely a good thing,” Savoie said. “It’s good to have the whole young core together and building relationships with each other. So I think him being here is really great for the organization.”

Cozens’ trip to Buffalo underscores the close-knit group the Sabres have become over the past year.

“When I see the support from player to player, there’s no jealousy,” Granato said. “You saw late in the year, (rookie) Owen Power scores a goal, the bench erupts. There’s no threat somebody’s going to take my ice time, whatever. There’s excitement these guys are going to help us win and achieve more.

“So I think that’s all tied in with Dylan being here. He wants these guys to reach their max as quick as they can knowing it’s going to make all of us better.”